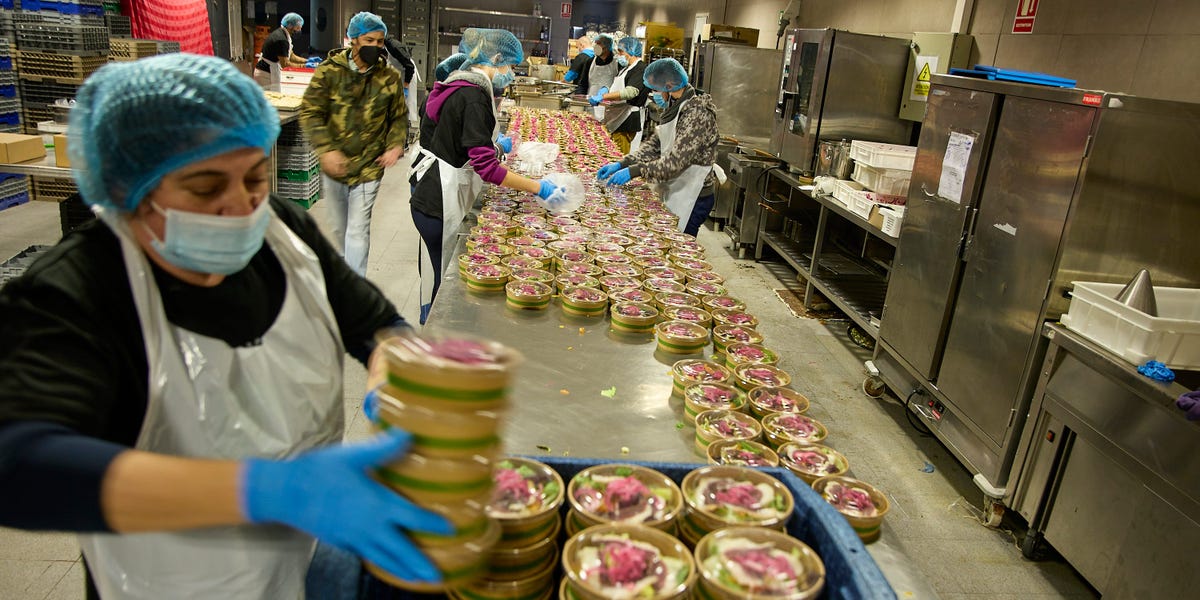 On his second day as mayor of New York City, Eric Adams appealed to office businesses: he urged businesses to demand that their office workers return to their offices earlier than the proposed schedule in April.

“You are part of the ecosystem of this city”, he said. “My low-skilled workers – my cooks, my dishwashers, my couriers, my shoe shiners, those who work at Dunkin ‘Donuts – they don’t have the academic skills to sit in the corner office. need.”

Although Adams intended to highlight the interdependence of New York City’s economy, where restaurants and retail outlets depend on the business of office workers (who largely travel to Manhattan from Brooklyn, Queens, Staten Island, the Bronx and neighboring suburbs) who in turn depend on them for their livelihood and property, he did so by citing a misrepresentation of a huge chunk of the workforce. ‘work.

Although the cooks, bicycle couriers and employees of Dunkin ‘all hold service jobs, they are not “low-skilled workers” who “lack the academic skills” for office work. Despite the complexity of the job, these jobs are considered “unskilled” or “low-skilled” because they require repetition of menial work – extremely important things like making sandwiches and pouring coffee. They also make up the vast majority of the US workforce at nearly 80%, according to the US Bureau of Labor Statistics.

And at the height of the pandemic, alongside healthcare workers, these workers were often described with one word: essential.

The Modern Origin of “Skilled” and “Unskilled” Labor

The idea that service workers “don’t have the academic skills” for office work is a common misconception that is rooted in American history.

Modern concepts of “skilled” and “unskilled” labor in America are drawn from the late 1800s and early 1900s, when so-called “white collar” jobs became increasingly necessary. in the management of industrial capitalism.

During this period, a “social stratification” was occurring: White-collar jobs became more respectable because they required a high school diploma and were paid rather than by the hour. Working in factories and on farms lacked the prestige of the emerging new class of managerial jobs.

This social stratification came to define much of 20th century America, with millions of American parents defining their children’s success as a college education leading to a salaried office job. By comparison, working in the service industry is viewed by some as a failure.

The inequality between people working in offices – who can work remotely with relative ease – and people working in service jobs that require a physical presence, such as catering workers and bicycle couriers, was evident. long before the pandemic throws her into a worse – still light.

Salaried office workers are much more likely to have stable work schedules, with free weekends and paid vacations. They can work seated and use the bathroom as they wish. Clerical jobs often come with benefits like healthcare and 401K pension plans.

Service jobs, on the other hand, often have irregular hours, with work that requires physical labor and with little or no benefits. These jobs were made more difficult in the first year of the pandemic, when many service workers were urged to continue working wave after wave of COVID-19 cases while dealing with growing customers. more hostile.

The result has been an exodus of employees from service jobs, with entire staff resigning en masse in some cases. We often talk about a “labor shortage”, but one thing is clear: when companies offer higher wages, they are able to attract more workers.

But workers have been fighting for a minimum wage of $ 15 for almost 10 years, and $ 15 / hour still does not provide a living wage. While some businesses have evolved, the market generally values ​​service jobs less, primarily due to their apparent ubiquity and lower barriers to entry.

If these workers are truly considered “essential” in America, rather than “unskilled workers,” they should be treated – and paid – as such.

Do you have any advice? Contact senior Insider correspondent Ben Gilbert by email ([email protected]), or Twitter DM (@realbengilbert). We may keep the sources anonymous. Use an unprofessional device to reach out. RP pitches by email only, please.

Recall of January 6: a national day of infamy, half remembered | News, Sports, Jobs