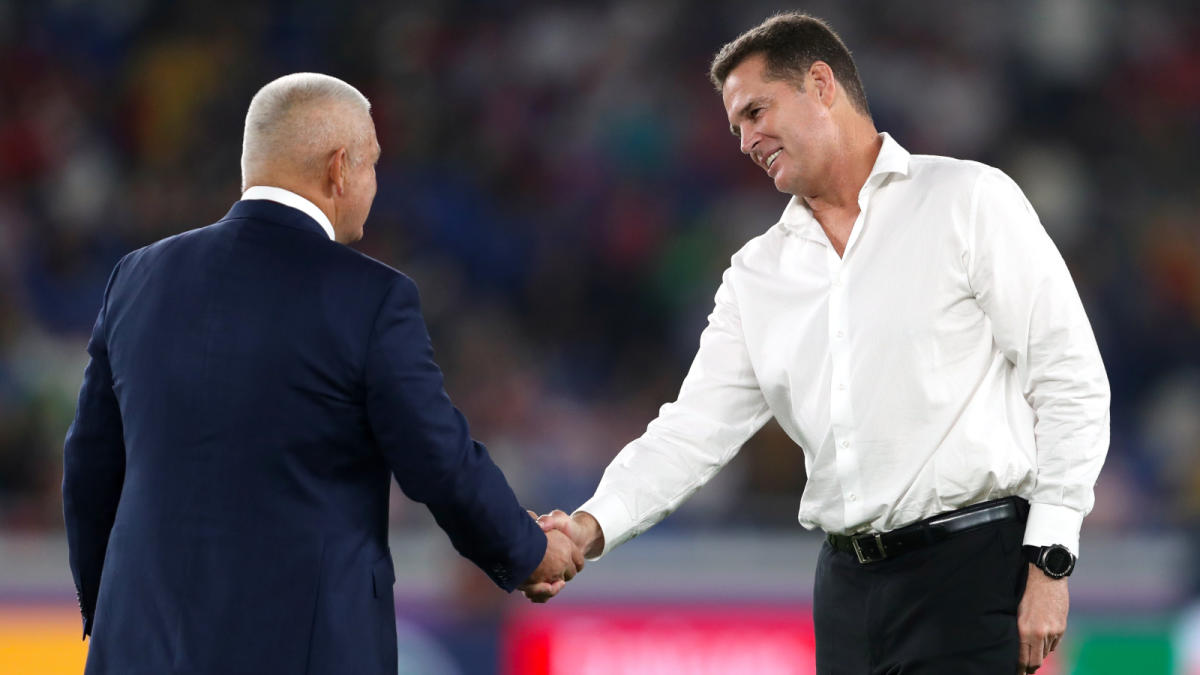 Gatland led the Lions on their tour of South Africa last year where Erasmus infamously produced an hour-long video setting aside referee Nic Berry’s performance from the first Test, a game they lost coincidently.

The Springboks director of rugby was then banned for two months from all rugby activities and suspended from matchday activities for a further 10 months.

Berry also revealed the devastating impact of Erasmus’ actions on him and his family, describing it as “character assassination”.

Although he apologized to the Australian official and served a lengthy ban, that did not deter the Boks DOR from posting videos on social media of the decisions that went against the Boks.

Following defeats to Ireland and France, the 50-year-old took to Twitter, receiving widespread criticism outside South Africa for his social media posts.

“We don’t see any other rugby directors or head coaches doing the same. I think it’s a little disappointing,” Gatland wrote in the Telegraph.

“There is a process in place for people to report after games and get feedback. And I’d like to see Rassie go through that process.

“I don’t particularly see any defense there for what he does. I don’t think that’s a great look for the game. The last thing we need is coaches taking that [social] media [approach] and comment on the game.

Gatland revealed the process followed by coaches to send feedback to match officials and also hoped the SA Rugby hierarchy would dissuade Erasmus from doing it again.

“After every game you choose things and send clips where you want clarification and that’s the process you go through,” he added.

“Referees, the good ones, will come back and raise their hands on calls that they got it wrong and you accept that, because it’s human nature.

“We’re going to make mistakes, they can’t see everything, things happen so fast and you understand that people won’t see every situation.

“I just think as coaches and administrators there is a process and we have to keep our guidance.

“You would like to think that someone is going to put Erasmus aside, whether it’s someone from the South African Rugby Union or their CEO or if there’s a phone call, to say to Rassie: ‘I don’t don’t think you’re doing yourself any favours, or World Rugby is doing a favor by spreading these things on social media.”

READ MORE: Loose Pass: the Wayne Barnes show in Paris, the story of New Zealand and an incredible show by Ben Earl