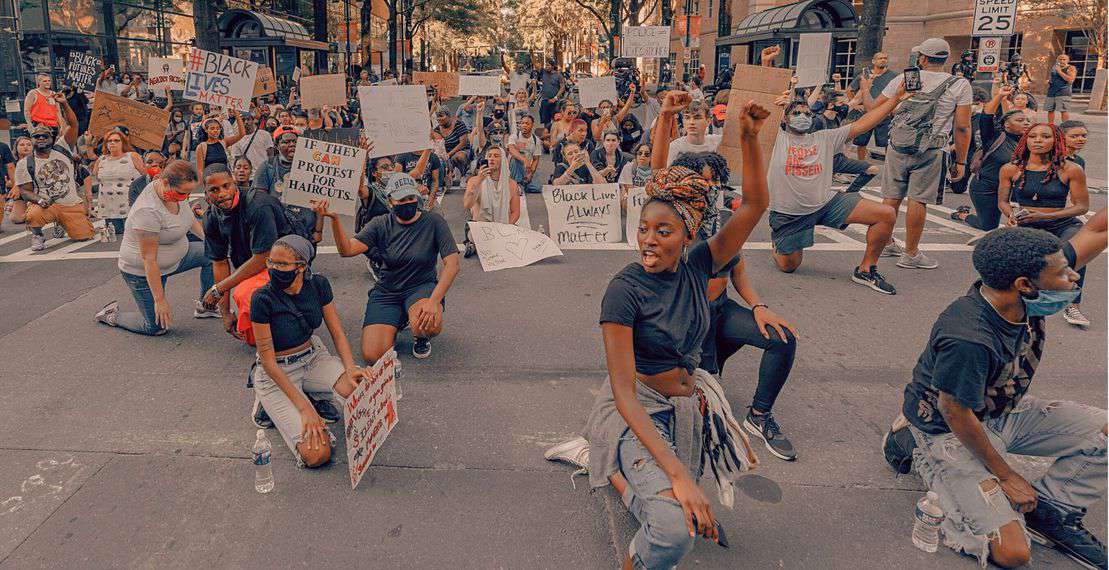 A vibrant civil society is essential to the foundations of democracy – a particularly important lesson when these appear under siege.

On May 25, 2020, a 17-year-old girl filmed a disturbing video, which subsequently went viral, of a white policeman in Minneapolis, Minnesota, kneeling on the neck of a black man, handcuffed and lying face down on the ground in the sidewalk, for nine minutes and 29 seconds. The man, George Floyd, died that day.

For millions of people around the world, Floyd’s death was a wake-up call about the pervasiveness of systemic racism and police violence. The Black Lives Matter movement has capitalized on this growing awareness, organizing street protests in cities across the United States, which have inspired protests from France to Colombia to South Africa. And, a testament to the power of the organization, the protests have brought about real change.

The policeman who killed Floyd, Derek Chauvin, was convicted of murder and sentenced to more than 22 years in prison. But the BLM protests resulted in something bigger: the creation of an international commission, on which I served, to examine police racism in the United States. We have found that the persistent systemic racism against African Americans in the United States constitutes a crime against humanity and deserves an investigation by the International Criminal Court.

It is the power and the essence of civil society. As the world attempts to “build back better” from the Covid-19 pandemic, it must be harnessed to make progress on a wide range of pressing issues, economic inequalities and inequalities in life education. racial justice and climate change.

For those who weren’t paying attention to the systemic racism or police violence before Floyd’s death, it might seem like BLM had an impact relatively quickly. But the fight has been long and difficult, and it is far from over. The same is true of other civil rights movements, which often demand a deep and lasting resilience of their participants.

Consider the women’s movement in my home country, Pakistan. For decades, Pakistani women have struggled against repressive norms, discriminatory attitudes and legislation that limited the status or rights of women. Progress has been slow and uneven, but we have held on. And the gains we have made instill the hope that continues to motivate and inform our work today.

The importance of these efforts should not be underestimated. As Nelson Mandela, this global icon of freedom, explained in 2001, “a dynamic network and a range of activities and organs of civil society” are essential to “cement the foundations” of democracy.

Today, these foundations appear to be under siege. Many countries are experiencing an alarming drift towards authoritarianism. Even the most consolidated democracies face the erosion of citizens’ trust in the institutions that underpin them. Just as the pandemic has highlighted the fragility of human life, it has also highlighted the vulnerability of our democracies to another class of diseases, including political polarization and disagreement over basic facts.

Like a human body, a democracy needs proper care to stay healthy. Like a health check, civil society reveals the afflictions of a democracy before it is too late to cure them.

When international human rights principles and democratic values ​​are not reflected in people’s lives, it is civil society, organized in groups such as BLM, that sounds the alarm. This includes ensuring that authorities do not unlawfully extend or extend the emergency powers they wielded during the pandemic.

Governments have a responsibility to listen to and embrace the voices and values ​​of civil society. Rather than fear, reject or suppress their criticism, leaders must engage with them, especially the most vulnerable. But where governments shirk this responsibility, human rights defenders must continue to fight.

Many wonder if civil society can survive the erosion of democracy and the slide towards authoritarianism in many countries. But this question is impossible to answer today; and trying to do so could even prove detrimental. Human rights defenders cannot afford fatalism or apathy.

Instead, we must continue to show courage and determination, like our brothers and sisters in places such as Hong Kong, Harare, Minsk and Yangon. We need to harness the energy, eloquence and anger of young people on issues ranging from inequality and racism to climate change and come up with clear and achievable roadmaps for change.

As you may know, Social Europe is a independent editor. We are not backed by a large publishing house or large advertising partners. For the longevity of social Europe, we depend on our loyal readers – we depend on you. You can support us by becoming a member of Social Europe for less than 5 euros per month.

Thank you very much for your support!

Become a member of Social Europe

And above all, we must not despair. As Mandela reminded us, “It always seems impossible until it’s done.

Hina Jilani, member of the Elders, is a lawyer at the Supreme Court of Pakistan.

Society Notebook: Instead of the exhibit, Harpswell Citizen Historians are hosting a…