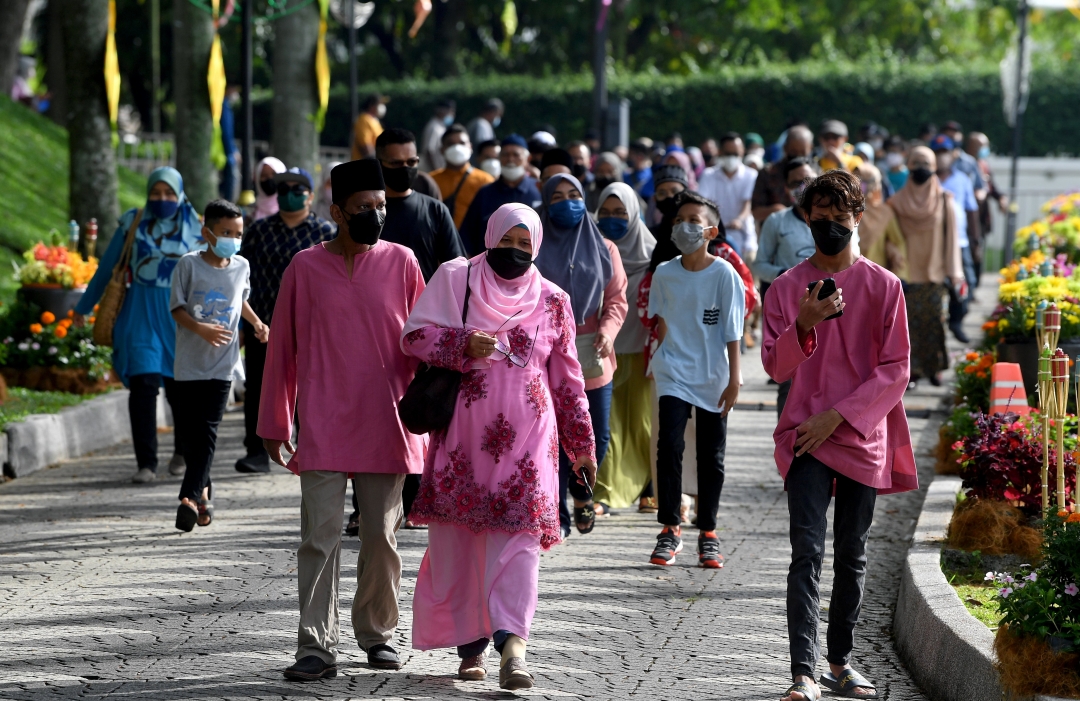 The National Philosophy of the Federation of Malaysia

Malaysians are expected to celebrate the 52nd anniversary of the Rukun Negara in August this year. — Photo Bernama

It is the ‘National Philosophy of the Federation of Malaysia’. Some call it “Malaysian ideology”. Malaysian yuppies call it the “Malaysian Mission and Vision”.

Five basic principles or values ​​are embedded in the Rukun Negara, which all citizens of the country are expected to observe, practice and accept:

These principles are intended to shape the character of Malaysians living in a happy, just and liberal country, God-fearing, law-abiding and respectful of others. It is a country where the national wealth should be fairly shared among the people; where citizens, imbued with the patriotic spirit, are ready to die in defense of their values ​​in the name of their sovereign monarch who rules with wisdom.

If people possess all or most of these qualities, along with modern science and technology as tools for physical, social, and economic development, then you expect their nation to be sustainable for a long time.

Obviously, these are practical values ​​meant to unify a nation like Malaysia, which has a population of many ethnic groups and cultures. Whether or not we achieve the “vision and mission” depends on how seriously we pursue them on a daily basis until each value becomes a habitual norm.

After more than half a century, I wonder if anyone ever turns to Rukun Negara for guidance in life. It is strange that we do not openly display our love for the national ideology.

Can every adult Malaysian recite Rukun Negara? And does he actually observe and practice all the stipulated values?

If so, why have we read about Malaysians, especially high-ranking people, ignoring the left-right and center Rukun Negara?

Do these people have different value standards?

Few of them have set a good example in terms of preserving a democratic way of life; indeed, they have undermined the democratic system of government itself. You know what the infamous “Sheraton Move” was.

National prosperity has not been enjoyed equally by all Malaysians – that is obvious.

Considering the amount of money that comes from the extraction and sale of Sarawak’s oil and gas, there should be no poverty in the state. Unfortunately, pockets of poverty are found in rural areas as well as in cities and towns. If anyone wants a guided tour of the land-poor squatter settlements within 5km of Kuching’s glittering skyscrapers, I can arrange it.

Ideally, every Malaysian should belong to an established religion. However, there are Malaysians who do not believe in the God known to Muslims and Christians.

This does not necessarily mean that those who believe in other religions and agnostics are not good Malaysians; not, if they believe and practice the other four pillars of Rukun Negara.

No Malaysian should ostracize or demonize another Malaysian in terms of religious beliefs. This would go against the spirit embodied in the fifth pillar of the Rukun Negara: “Mutual respect and good social conduct”.

Loyalty to king and country

Any Malaysian who observes all the good laws of the land is loyal to king and country, as the monarch embodies all that is right in terms of this Rukun Negara.

Of course, the true test of loyalty to king and country is when the country must defend its sovereignty against foreign invaders or internal uprisings.

Soldiers and volunteers go to war to repel the country’s enemies, risking their lives and limbs. While the rest of the people take the service of these Defender Soldiers for granted, they have their roles in other areas, and those are just as important.

They should deserve the appreciation of the nation. Haven’t you heard of a police officer who was awarded a medal for bravery by his king wasn’t buried at the Heroes’ Tombs.

One wonders if there is something wrong with the observation of the second pillar of the Rukun Negara.

Supremacy of the Constitution

The Federal Constitution of Malaysia has been amended several times to meet the needs of the times. But it was also amended to ensure a particular group’s grip on power. During these 52 years, there have been abuses of power and bribery among the people walking the halls of power.

Although Section 153 of the Constitution grants a special position to the natives of Sabah and Sarawak, so-called affirmative action is not vigorously enforced in these states with respect to native peoples with regard to admissions into civil service, scholarships and licenses.

Sibu Dayaks wanting a special retail location have not had the freedom to do so (at the time of writing).

Article 39 of the Constitution of Sarawak has not been amended (mutatis mutandis) in accordance with Article 153 of the Federal Constitution in order to benefit the majority of the indigenous people of Sarawak.

Some politicians have blatantly undermined the supremacy of the Constitution by using solemn declarations, not general elections, to choose the prime minister and cabinet members – to ‘hxxx’ with the Rukun Negara and the democratic way of life!

As this vital principle of Rukun Negara has been ignored and misapplied by a number of very important figures in Malaysia over the past 50 years, the common man in the country can only hope that over the next 50 years, aspiring Malaysian lawmakers would not. ignoring what the rule of law embodies:

“…Absolute predominance of common law, so that the government has no arbitrary rights over the citizen; the equal submission of all, including civil servants, to the common law administered by the ordinary courts; and the fact that the personal freedom of the citizen is formulated and protected by ordinary law rather than by abstract constitutional declarations.

No, I’m not making this up – you can find it in the Oxford Dictionary of Law, OUP, Sixth Edition (2006), edited by Elizabeth A. Martin and Jonathan Law.

I won’t even dwell at length on the other principle of Rukun Negara: “Mutual respect and good social conduct” – that would take two or three full-size pages.

So be good Malaysians, watch the Rukun Negara a little better from today!

* Comments can reach the author via [email protected]

Data to drive the design and monitoring of social programs