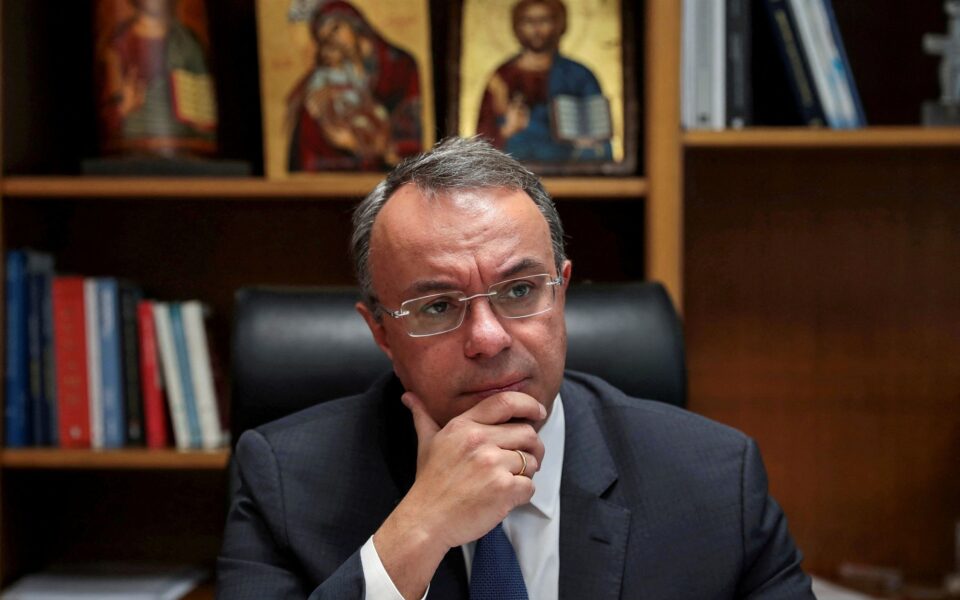 Christos Staikouras, Minister of Finance. “The Ministry of Finance appears to be scrambling to find fiscal space to support households – once a wage Procrustean, now a benevolent benefactor,” the author says. [Reuters]

Is the job of Minister of Finance still the most difficult in a government? Not necessarily, say former finance ministers, comparing past and present requirements.

In the years after 2009, during the Greek debt crisis, the major problem was deflation: prices kept falling, the value of companies, land, real estate and labor collapsed, gross domestic product (GDP) plummeted, the GDP-to-debt ratio deteriorated, and over-indebted countries like Greece were under close market scrutiny (and/or a troika) for a possible defect. The main demand at the time was to reduce nominal wages, daily wages and pensions, and to reduce expenditure on social policy. Stuck between Scylla (bankruptcy) and Charybdis (austerity), the Ministry of Finance was walking a tightrope, without a safety net.

Since the start of the pandemic, economic conditions have changed around the world. Central banks directly or indirectly finance government budgets, the famous “magic money trees” have appeared all over the world and inflation is performing its double “miracle”: on the one hand, it increases the value of companies, land and real estate, increases the nominal value of the gross domestic product and improves the GDP/debt ratio. The first “miracle” is that the debt seems to become more easily sustainable, as if (by magic) the burden is diminishing, and as if serious structural changes have taken place in the economy – while this is all virtual reality .

But the greatest “miracle” concerns income from salaried work. In previous decades of high inflation, there were major disputes over wage indexation, such as decisions to cut nominal wages and daily wages. The things that were done with hard decisions by the Ministry of Finance are now happening quietly, almost automatically. Inflation first impoverishes employees by eroding their purchasing power and secondarily through indirect taxation – 12.1% inflation becomes 25% or 30% or more for salaries of 700 to 1,200 euros. Inflation does the “dirty work”. And the Department of Finance appears to be scrambling to find fiscal space to support households – once a wages Procrustean, now a benevolent benefactor.

Could crisis management have become such a simple job? It suffices to grant everyone state aid through borrowing or through the outperformance of indirect taxation due to inflation, to take a few relief measures (de facto, limited) so that things lead to social collapse and, for the rest, let inflation redistribute income away from wage labor, hoping that it will also bolster corporate profits and stabilize the economic recovery? Or does it turn out that the work of the Ministry of Finance cannot be so simple and easy, even under current conditions, if it wants to be effective?