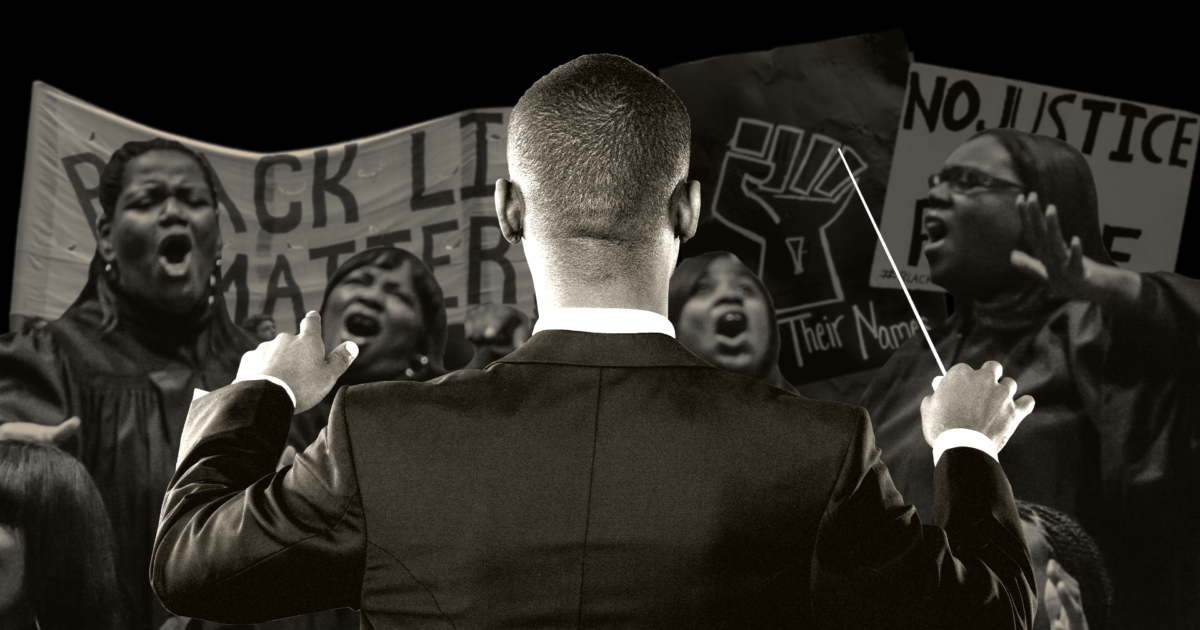 A program of orchestral and choral works that reflect racial violence and community healing will be presented at the Apollo on May 7.

The Gathering: A Collective Sonic Ring Cry is an evening of three years and several centuries of preparation. The multifaceted event – “a 3 year promissory note” as Executive Artistic Director of the National Black Theater (and The meetingDirector and creative designer of ) Jonathan McCrory describes it – is a musical, political and spiritual collaboration between the Apollo Theatre, the American Composers Orchestra and the National Black Theatre. And he will finally make his way to Harlem’s iconic Apollo Stage on May 7.

The title of the program may seem abstract, but its evocation of the vital black tradition of the “Ring Shout” is perhaps the most concise way to capture the connective tissue of the program. The Ring Shout is an African-American religious ritual, first practiced by enslaved Africans in the West Indies and the United States. As generations of slaves continued to be born into white Christian society, the custom coalesced around a black-only iteration of Christianity and became an opportunity for worshipers to sing, pray, trample and take up space. in a world that gave them very little. .

“What religion did was give black people the right to affirm their body because it said I exist,” says Dr. Alonzo Johnson, theologian and senior pastor of the Universal Outreach Church of God. in Christ in South Carolina. “The company said, you’re not even completely human. But in evangelical Christianity, not only am I human, but I can scream, I can smell, my body matters, my hands matter, my ideas matter. It wasn’t just the doctrine and beliefs you believed in. It was what you felt.

The meeting will honor these religious roots through the emotional framework of the Ring Shout – embracing its bold declaration of self-possession in response to the ongoing violence against black bodies. The evening won’t be a conventional Ring Shout (although audience members are encouraged to wear white as per historical tradition), but its call-and-response principles will be reflected in the conversation between the program’s musical selections.

At the center of this conversation will be Joel Thompson’s 2015 choral and orchestral piece, Seven Last Words of the Disarmed– a work that ACO Artistic Director Derek Bermel was considering bringing to the Apollo for its New York premiere before any other elements of this collaborative program were in place. The piece borrows the liturgical structure of Joseph Haydn’s 18andorchestral work of the century The Seven Last Words of Christ. But again, transforming classical religion into a form of contemporary spiritual expression, Thompson’s article offers a meditation on the last words spoken by seven unarmed black men killed at the hands of police (or whose murders were tolerated by the police, as was the case for Trayvon Martin who is the subject of the second movement of the play).

Seven Last Words of the Disarmed is a mournful, cathartic call to action – and it is met within the Collective Sonic Ring Scream through a series of existing works as well as new commissions that similarly merge the fields of spirituality, art and social justice: Abby Dobson will perform Say his name, her transcendent a cappella piece inspired by the #SayHerName campaign of the African American Policy Forum and the Center for Intersectionality and Social Policy, which raises awareness for black women and girls who are victims of racist police violence. by Courtney Bryan Sanctuaryin turn incorporates recordings of sermons, activists in Ferguson, Missouri, after the 2014 shooting of Michael Brown, and the voice of Marlene Pinnock, who was beaten the same year by a California police officer, while Carlos Simon Amen! (which premieres in New York in its orchestral version) celebrates the four generations of Simon’s family within the Pentecostal church. Spaces of healing and commemoration are then built inside a collection of new works, including commissioned work by Tony winner Jason Michael Webb. I am loved (and other healing affirmations); world premiere orchestrations of Grace, Heaven and Blessing by Nona Hendryx; and My name, a reflection of home by Toshi Reagon.

Since the horrific murders of George Floyd and Breonna Taylor in the spring of 2020, there has been an international outpouring of support for movements like Black Lives Matter and Say Her Name that unite people of all kinds around the cause of racial justice. What the Apollo Theater, the American Composers Orchestra and the National Black Theater are doing through this collaboration is recognizing the need for restoration within the black community itself. “How could we bring a bond of a safe container to the public and set the stage for everything that happens in space to be a transformation for themselves but not necessarily for the rest of the world?” says McCrory about his vision for The meeting. “That’s where the idea for Sonic Ring Shout came from… We’re taking a legacy that’s rooted in my ideas as a black person. Taking that blood memory and using it in this critical moment.”

This “blood memory” is steeped in centuries of religious, spiritual, family, artistic and political culture. And what better way to summon them all than through the jubilant ceremony of a Ring Shout. “The Ring Shout is historically an open space to mourn, to awaken joy as a source of release, and to use love as a form of resistance,” says Kamilah Forbes, executive producer of Apollo. “The meeting embodies this through all of the distinct and moving parts of the evening, which can be emotionally challenging at times as we come to terms with the horrors of injustice we have had to endure. But The meeting also allows us to lean into a mind journey that will leave audiences feeling healed and rejuvenated for the future.”

“A policeman, a mental health nurse…” Principal says wishlist would help solve problems at his school