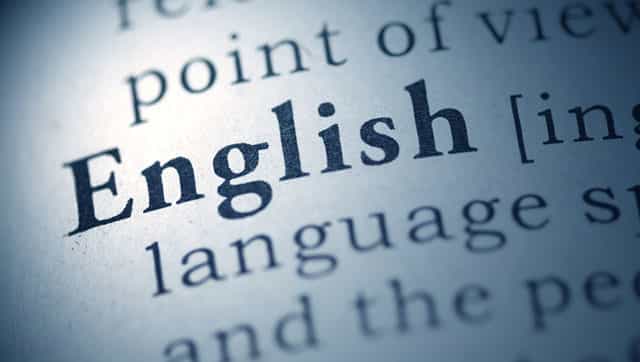 Teaching English in India: How to Decolonize the Global Lingua Franca

“Indian English” retains our uniqueness as a multicultural community and serves as a window to realize the impossible dreams that globalization has made possible.

English, and to be precise, British English is the language of our colonizers, a colonial heritage and a lingering symbol of neo-colonialism. But as we have, in the 70 years following Independence, carried the project to decolonize, we have also sought to globalize.

Following India’s economic liberalization in 1991, upward economic mobility was made possible by the gradual progression towards a rapidly growing free market economy. The widespread use of English as the language of instruction and assessment in educational institutions has been one of the most important catalysts for upward socio-economic mobility.

However, today we stand at an important turning point in the history of English teaching in India, as alongside decolonization, de-globalization is also sought after.

As cited by Nancy Hornberger and Viniti Vaish (2009) in the article Multilingual language policy and school language practice: globalization and teaching of English in India, Singapore and South Africa,Phillipson (1992), the sociolinguist, extends Ritzer’s term ‘McDonaldization’ or globalization to the spread of global English. He sees this as linguistic imperialism that culturally impoverishes the Third World by eroding its linguistic ecology.

However, we have to make an important distinction between decolonization and de-globalization, between being Eurocentric and pluralist-centric. It is easy to diminish the nuances and fail to discern the fact that the pursuit of the enrichment of our Indianness must not suppress the very value of inclusive pluralism which is the basis of our cultural richness.

A fundamental part of our pluralism is the cultural practice of linguistic diversity which has influenced educational policy makers to integrate the vernacular and the regional into the mainstream and the national. We must refrain from the collective amnesia which makes us ignore that the internal diversity within a language and the adaptation of the language to the needs of real-world situations are essential to the survival of a language.

Instead, it is imperative to recognize the variety of ‘English’ that have developed in various geographic regions of the world and how different nations have co-opted English, the global lingua franca, to maximize the opportunities offered by the vernacularization of the world. english.

The conceptualization of the “English” can be traced back to the foundational work of Braj Kachru (1986, 1990, 1996, 2005, 2008) who questioned the marginalized status of the “English of the world”. As cited in the article by Todd Ruecker (2011) Challenge the hierarchy of native and non-native English speakers in ELT: new directions in race theory,the journal Kachru founded, English of the world, has always argued for the importance of the English in the world.

For example, the first piece by Sridhar and Sridhar (1986) questioned the use of native speaker models and the assumptions that English learners are always immersed in environments where English is the dominant language. More recently, Kachru (2005) has referred to beliefs surrounding the superiority of native speakers as “myths” that can be compared to “loaded guns” (p. 16-18).

An innovative approach that has been developed over the years in the teaching of English is the “English as a lingua franca” or “English as an international language” model for teaching in countries. postcolonial and multicultural.

On the contrary, as Kingsley Bolton points out, “since the 1980s a pluricentric and pluralist approach to English or the English languages ​​of the world has become so well established that it now constitutes a kind of orthodoxy in contemporary language studies. English and sociolinguistics. So much so, perhaps, that various linguists have begun to question or at least problematize various aspects of the English global approach to English language studies and applied linguistics.

Despite this argument, I believe that the inclusive idea of ​​various “English” should be kept in mind before formulating a policy on language teaching in India.

To enrich our Indianness, we do not need to devalue the English language. Instead, we need to recognize that a particular language does not imply a monolithic identity. A language can be co-opted by various social identities to minimize stratification and “Indian English” has done exactly that magic. We do not need to imitate and imitate British English or American English and must continually develop languages ​​as an enabling and unifying tool to broaden our perspectives and horizons.

“Indian English” retains our uniqueness as a multicultural community and serves as a window to realize the impossible dreams that globalization has made possible.

The writer is the author of two books “Indian Feminine Fury” and “Unapologetically Mad”. She is a postgraduate student in TESOL (Teaching English to Speakers of Other Languages) at the University of St Andrews, Scotland, and studied English Literature at the University of Delhi.

The opinions expressed in this article are those of the author and do not represent the position of this publication.

4 factors to consider when choosing a small loan