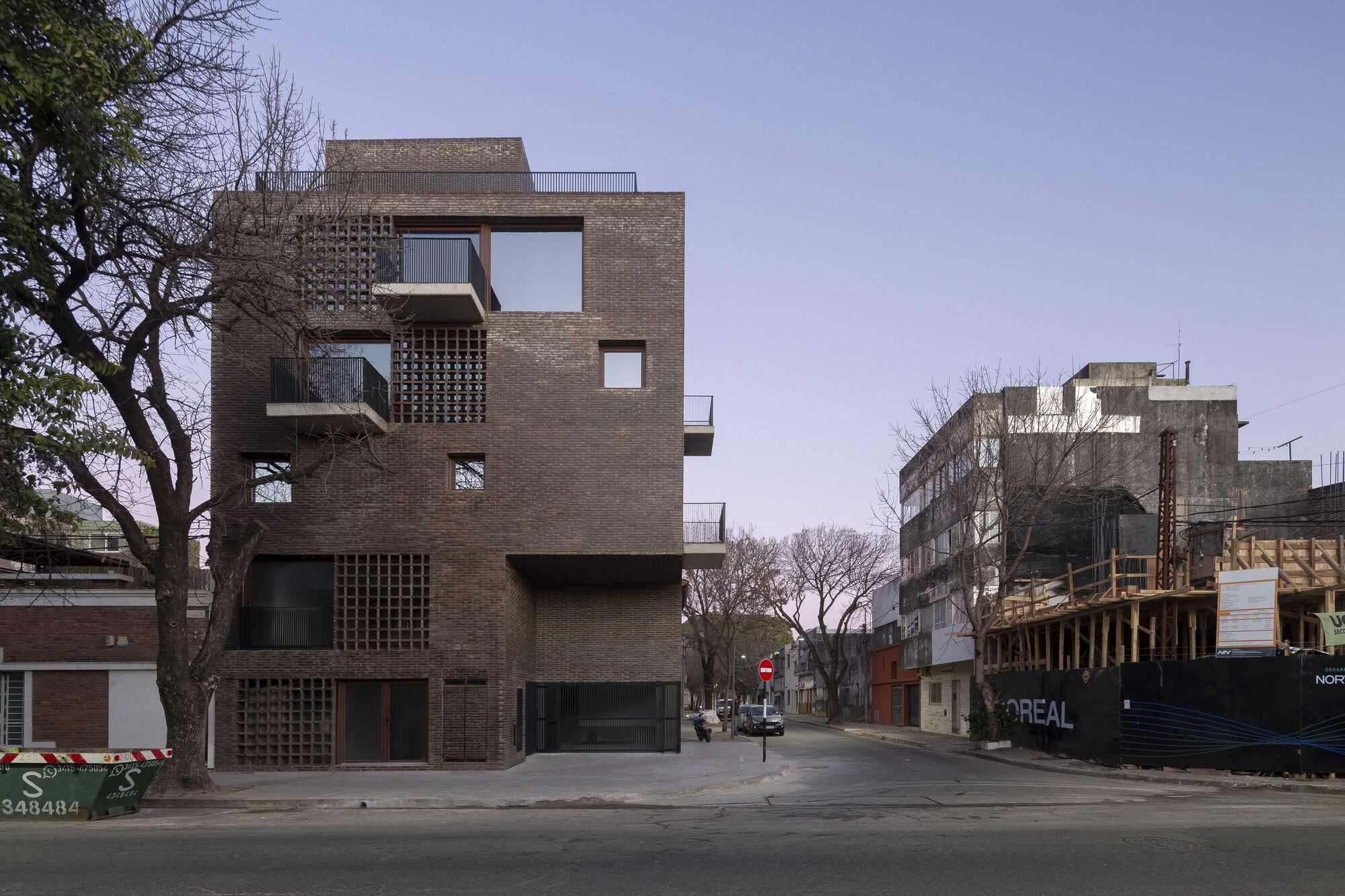 Text description provided by the architects. The project is located in the Barrio Pichincha district, located in the first ring road next to downtown Rosario, Argentina. The neighborhood has a long history of nightlife and recreation due to its proximity to Rosario Central Station. Over time, this characteristic began to diminish, giving rise to a neighborhood that is the typical middle-class neighborhood of Rosario, with low houses and limited traffic.

During the last decade and due to the growth of the construction industry at the national level, and the search for new urban centers, and the trend towards an accentuated consumerism, the sector has started to become a pole of attraction. for new investments mainly related to construction and gastronomy. The current identity of the district shows this characteristic of the synergy of these different activities, which results in an extraordinary social and cultural diversity.

The project consists of a ground floor plus four storey apartment building on 110 square meters (0.027 acres of land) on a corner of square proportions. Among the requirements, it should be mentioned that there is the maximum use of the land and the height allowed in accordance with the town planning code and building regulations.

The market analysis carried out by the developers showed a potential program of six units with three types of characteristics: a loft, one bedroom and two bedrooms, which resulted in a two-story building with small apartments and two large levels. . Considering that the regulation of the industry standard affects the first level in a different way than the others, small apartments were going to require some variation.

Understand the building as a container of six apartments with variations in terms of distribution, and different regulations depending on the floor; it is possible to offer a building with six completely different apartments. This would make each apartment unique, optimizing the virtues of each and cooperating with the diverse context where the proposal is located.

Among the strategies to achieve this, the break with the traditional repetition and stratification of floors, characteristic of most buildings in the city is noteworthy. Under this premise, there was a series of furnished rooms resulting from the creation of duplex apartments with larger surfaces. The singular value of this system is that, in addition to modifying the usual distribution of apartments with the bedrooms on the upper floor and the social area below, allowing the distribution of apartments in a cross, optimizing the advantage of having a corner . This distribution results in the preconceived boundaries of an apartment, where each floor faces a different orientation and a different street, thus achieving a feeling of greater breadth by recognizing the role of the corner in the development of the interiors of these apartments. with larger areas.

Finally, the morphological expression is configured by the diversity in terms of full and empty spaces, which results from the presence of the premises which occupy the interior. The size of the window chosen for each type of use, the variation of the exterior distribution reflect the uniqueness of the configuration of this proposal, generating an expression of diversity exacerbated in its facade due to an apparent lack of order.

Our View: Restrictions, either from Society or Our Government, May Be Following Omicron | Our opinions