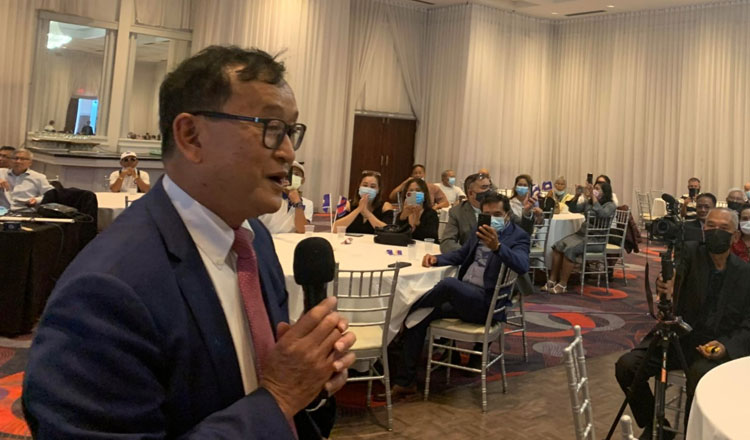 Sam Rainsy suggested that Cambodia should follow the model of South Africa’s Truth and Reconciliation Commission (TRC) to end the cycle of revenge in Cambodia and that the future democratic challenge will unfold without vindictiveness.

The TRC was established to cover serious violations of international human rights law committed by the apartheid regime in South Africa, which established a system of institutionalized racial segregation that existed from 1948 until the beginning. from the 1990s.

Apartheid was characterized by a political culture which ensured that South Africa was dominated politically, socially and economically by the country’s minority white population. According to this system of social stratification, white citizens had the highest status, followed by Asians (mainly Indians for whom Mahatma Gandhi began his political struggle of civil disobedience to seek racial equality) and then black Africans. From 1984 to 1990, around 10,000 Africans were killed by apartheid security forces.

The lessons of the TRC have been learned by many post-conflict societies around the world, especially post-genocide countries where mass atrocities have been committed against civilian populations by a large number of perpetrators.

In these circumstances, it was impossible to find justice for the individual victims and to prosecute all the perpetrators, without risking a social divide. The TRC was then created to seek the truth and forgive crimes.

In the discussion that led to the creation of the Extraordinary Chambers in the Cambodian Courts (ECCC), in which I participated, the model of the TRC was considered. The Cambodian genocide committed by Pol Pot and his supporters befits the TRC, but the ECCC was ultimately chosen.

Today Cambodia is far from the society ruled by the apartheid regime, it lacks examples of mass atrocities, massive human rights violations or extreme racial segregation. In fact, since 1998 Cambodia has developed at a rapid pace in all areas, leading to an increased level of peace, security, happiness and freedom.

Inequality persists and problems exist, but the country is on track to meet the United Nations Sustainable Development Goals.

The only cases of racial discrimination that have occurred were instigated by Sam Rainsy himself and his political parties, especially against ethnic Vietnamese, whom the ECCC saw as victims of the genocide under Democratic Kampuchea.

Sam Rainsy’s racial rhetoric contributed to the murder of many Vietnamese in the 1990s and 2000s at the hands of Khmer Rouge guerrillas or the mob.

The history of animosity between Cambodia and Vietnam exists and it is not difficult to incubate a deeper racial hatred between the two peoples.

It is possible that a future pogrom in Cambodia will occur if racist politics continue, while learning about the Armenian death march, the Holocaust, the Killing Fields, the Rwandan genocide, the massacre of Bosnian Muslims and Darfur, the international community remains silent on Sam Rainsy’s blatant racism.

Cambodian Institute for Peace and Development

Trump has done everything he can to win the support of farmers. Now they’re all in Biden’s infrastructure plan