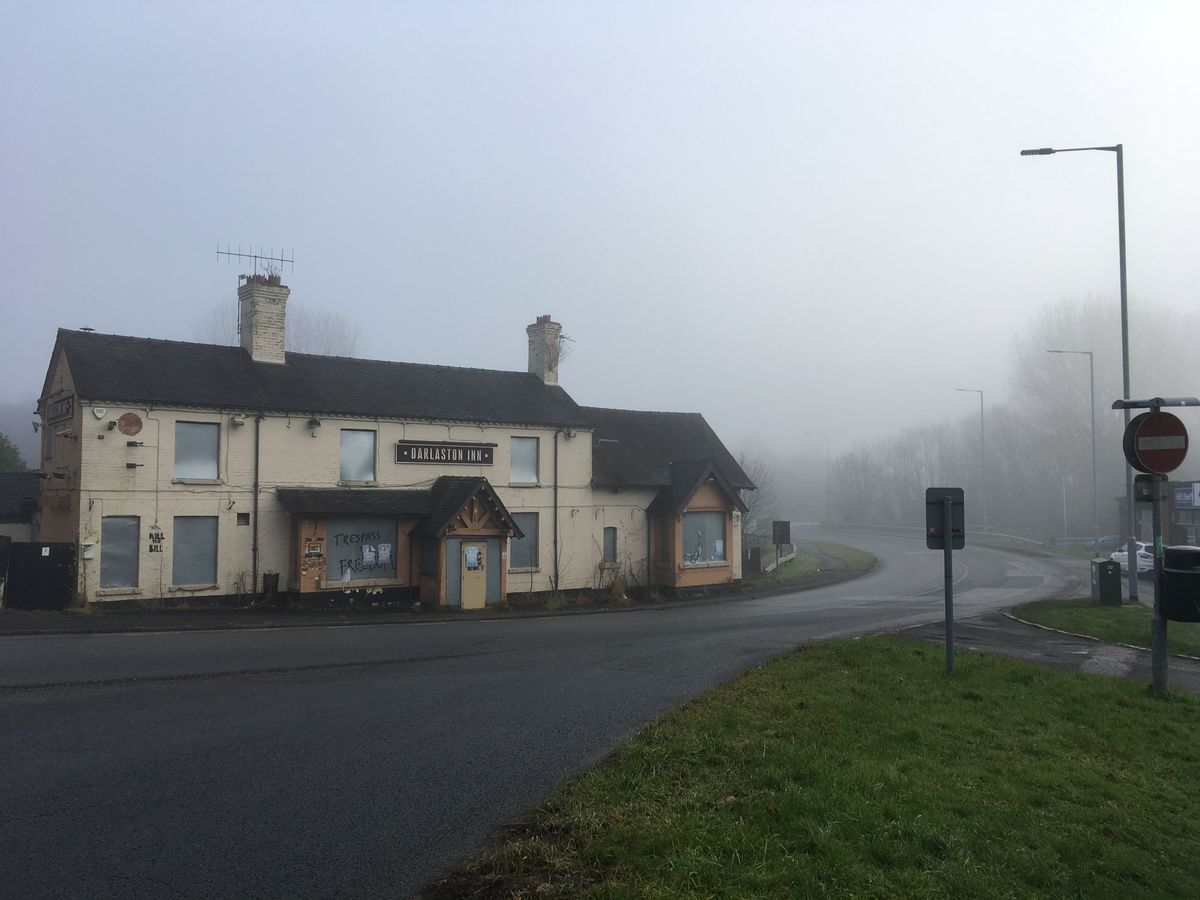 The Darlaston Inn on the A34 north of Stone closed several years ago and has since become the target of vandals and anti-social behaviour.

Stafford Borough Council planning officers have recommended that proposals to build a 24-hour service station on the Darlaston roundabout grounds be turned down due to safety concerns for pedestrians, cyclists and the drivers. But Councilman James Nixon asked that the request be considered by the authority’s planning committee.

He said: ‘The Darlaston Inn site has fallen into a bad state of disrepair and has seen a significant increase in anti-social behavior and vandal gatherings. This site will not return to nature and should be commissioned to reflect local demands.

“In addition to this, we have to consider the development of Meaford Business Park, which will see over 1,000 staff on site at any given time. This will lead to increased car usage and prevent cars from entering and driving through Stone to access existing gas stations. I think this will help reduce long term congestion levels and increased traffic.

“If the application were to continue, I would like signage and lighting to be minimal to avoid disruption and negative impact on neighboring properties and residents. I would also seek to have opening hours mirror those of other businesses such as Marks and Spencer which do not operate 24 hours a day.”

A previous application to build a petrol station and KFC branch on the roundabout was rejected by the borough council in 2019 due to fears for pedestrian safety. And an appeal against the decision was rejected by a town planning inspector in 2020.

The latest plans, submitted by Euro Garages Ltd and Greene King, propose the demolition of the pub and Wacky Warehouse and the redevelopment of the site to provide a service station, sales building including convenience store, food counter and toilets. There would also be eight electric vehicle charging bays, a car wash, four jetwash bays, customer parking and a picnic area.

Staffordshire County Council Highways Department opposed the application. A report to the planning committee said: ‘The proposed retail development would attract visitors and staff on foot and by bike as there are no similar facilities in the vicinity. This would lead to an increase in pedestrian/cyclist crossings on the roundabout, which would potentially affect the smooth and safe flow of vehicles and pedestrians in a potentially dangerous location and, therefore, increase the likelihood of conflicts pedestrians/vehicles resulting in increased danger.

“The developer has failed to demonstrate a satisfactory safe crossing point on this uncontrolled fast traffic roundabout. The traffic generated by the proposed development would likely result in increased danger on the road due to increased use of the ‘existing access/junction.’

There were also 17 objections from residents for reasons including the loss of a pub, flooding issues, noise and smells and fumes from petrol pumps.

Stafford City Council’s planning committee is due to consider the application at a meeting on Wednesday.