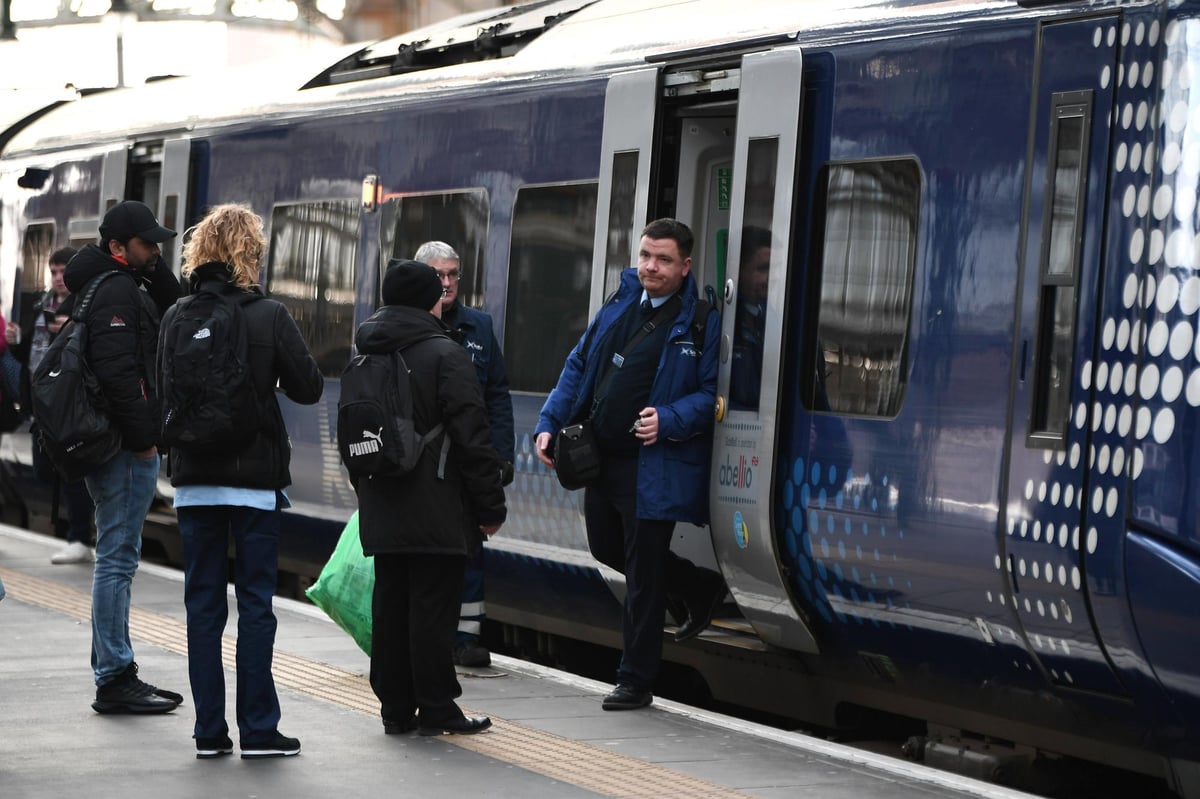 For several months, there have been news stories, opinion pieces and editorials in the media about ScotRail’s continued ban on infiltrating the rail network.

Some columnists pointed to the anomaly with cross-border train operators still allowing passengers to drink.

Register to our newsletter Opinion

Others have pointed out that the threat of Covid – which prompted ScotRail’s previous overnight ban to be extended around the clock – appears to have eased.

A 9pm alcohol ban was introduced by ScotRail in 2012 and extended to 24 hours a day two years ago. Photo: John Devlin

But I think they miss the point.

Forget what other companies are doing or the trigger to make the ban total and focus on what ScotRail is facing now.

In one of the latest incidents, a female worker suffered bruises to her face on Friday after being attacked by a group of youths at a train station.

But it’s not just attacks like these, but fears about the safety of public transport that are deterring some passengers, including women, from taking the train.

Yes, this is all happening despite ScotRail introducing a 9pm alcohol ban ten years ago and extending it to 24 hours in 2020.

Incidents of drunkenness have continued, with a horrified passenger tweeting two weeks ago that a man had urinated in a car because there was no working toilet.

But lifting the ban would surely only make the situation worse, putting staff – and potentially also passengers – at risk, and it would likely further discourage future train travellers.

Few of those who drink are likely to cause trouble, but even a mildly spirited group of either sex can seem alarming to others in the same wagon.

Railway unions, British Transport Police, the Scottish Government and senior transport officials oppose the lifting of the ban – and they are the hardest hit.

A senior manager told me: “Although it is only a very small number of people who cause real problems, unfortunately their behavior under the influence can have a negative impact on other travelers and end in unpleasant situations. that staff have to deal with.”

The RMT, which represents ScotRail train conductors and ticket examiners, said the anti-social behavior was getting worse and it was ‘only a matter of time before someone gets seriously hurt’.

Even politicians are wary of any easing, with Scottish Conservative transport spokesman Graham Simpson describing the ban being introduced “for understandable reasons” and “many passengers have welcomed it in terms of improving environment on board trains”.

Drinking on trains can be an enjoyable activity for many, but banning it was a small price to pay if he avoided even one potentially life-changing assault.