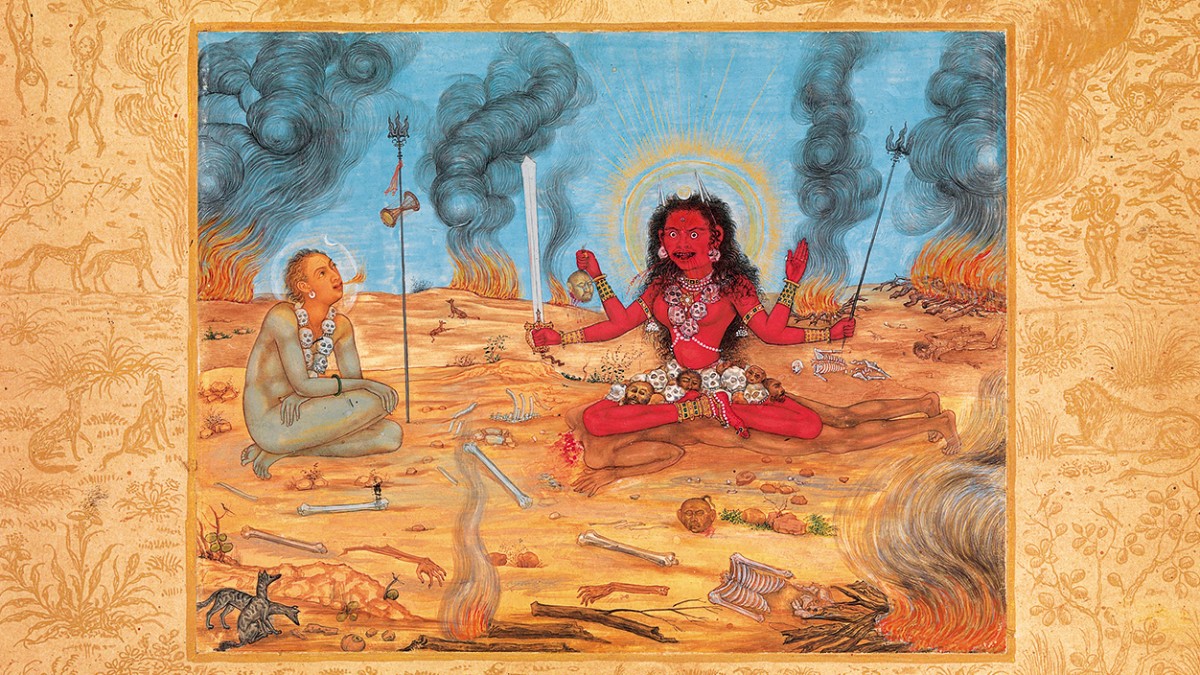 Not a God of subordinate communities

India’s greatest temples are built for the Brahmanic deity Shiva. Often the antiquity of Shiva goes back to the Vedas. Vedic literature mentions Rudra as a malevolent deity; on the other hand, Shishna Devata is mentioned in pejorative terms.

The Mahabharata mentions the term Rudra-Shiva, through which the Vedic Rudra is understood as Shiva in the puranas. The seal found in the Harappan site generally identified as proto-Shiva or pashupati Shiva is cited as an example of Shiva worship prevalent in protohistoric times. However, an archaeologist from the Department of Archeology at Deccan College, Pune, Dr. Shubhangana Atre in her book Archetypal Mother disputes this identification and proves that it is a female and not a male figure.

In the Buddhist text Chullaniddesa, many non-Buddhist worship practices are mentioned where deities such as Vasudeo, Agni, Brahma, Surya are mentioned, among others, but not Shiva. Thus, it is evident that the worship of Shiva and Vishnu was a post-Buddhist phenomenon in ancient India. We start having images associated with Shiva from the second century BC. The Gudimallam Shivalinga is the most famous and oldest example of Shiva worship.

Another Shaivite sect, the Kapalikas, is mentioned in different terms. The Narada Smriti mentions that “if you touch Buddhists, Jains, Ajivikas and Kapalikas, you will have to purify yourself by taking a bath”. Dr BR Ambedkar uses this textual evidence to trace the history of untouchability. It can also be observed that Buddhist deities such as Aparajta and Heruka are shown trampling Shaivite deities, while Shiva is shown trampling the Buddha in eastern India.

Such visual imagery from eastern India shows a feud between Buddhists and Shaivites. Gary Michael Tartakov, in his book Dalit art and imagerydraws our attention to the rise of mandapas (halls) as a pivot of social stratification and cites texts such as Jatininayapuruvakayapravesavidhi and Suprabhedagama which mention the spaces of the temple according to the Varna hierarchy.

The dramatic text of the 11th century Prabodhchandrodaya mentions Kapalikas and Shaivites very differently. The pashupatas and the tantric faithful, despite anti-caste religious emancipation, believed that Varna the hierarchy remained supreme. Many tantric texts in India, mostly Saiva, mention the establishment of tantra for the protection of Brahmanism and the destruction of Buddhism. Various images of Shiva in temple manifestations show how Shiva is established as the most dominant deity.

Many places have been considered tirthas (sacred places) in Brahmanical literature, and the puranas. Skanda Purana, for example, describes the sacred geography of India and lists many places associated with different deities. Lots of locals tirthas are often visited by shudra communities who worship Shiva although it is propagated as a sacred act by Brahmins through their Puranic literature.

Go to tel tirthas are also known as Mahadev yatras and other such things yatras are commonly found throughout India. Shudra the communities participate assiduously in these yatras, and not necessarily in Varanasi/Kashi. The jyotirlinga shrines are specific and venerated in Brahmanical religious literature. Dalit and tribal communities were not part of these worship practices.

The aesthetic canon of such images is that of the well-built and muscular body taken from 20th century academic realism.

The 19th and 20th centuries opened the doors of Hindu temples to Dalits and tribal communities. The 20th century discovery of tribal craft traditions by Hindu urban castes caused them to construct images based on their beliefs deliberately associated with Brahmanic deities. Thus, there is a marked process of Brahmanization of tribal communities through handcrafted images. There have been impositions on the identity of Adivasi deities and worship practices. The Adivasis have never participated in the Mahadev yatras. The Dalits, too, were not part of the Mahadev yatras. With the anti-untouchability campaign in colonial India, some Dalits were allowed to be part of the Mahadev yatras and became part of Shaivite practices.

On the other hand, the shudra communities, mainly the OBCs and today’s agrarian communities, were worshipers of Shiva and diligently followed the Shiva temple constructions in a localized manner. It can be observed that public visuality is dominated by images of Shiva all over India. Shiva is projected as the icon of Hindu dominance in all parts of the country. The puranas have proposed the idea of Chardham yatrasdiligently followed by the Shudra communities, including the Kanvad yatras in northern India. In the Northeast, images of Shiva are taking hold in the public sphere as part of neo-Hindu proselytism.

Buddha images are established in the public sphere by Buddhist followers, while Hindus, through political power, have begun to establish Shiva images. There are many great images of Shiva established over the past centuries. The domination of Shiva worshippers, through political power, has established images of Shiva in various public spheres across the country. One of the best examples in this respect is the huge image of Shiva in the middle of Sursagar in the city of Vadodara.

The aesthetic canon of such images is that of the well-built and muscular body borrowed from the academic realism of the 20th century. It would be interesting to study the phenomenon in post-independence India of chief ministers of many states using endowment grants to build Shiva temples. There is no ancient evidence to show that Scheduled Caste/Tribal communities were part of Hindu temple culture or devout worshipers of Brahminical deities. Therefore, associating Shiva with Dalit and Adivasi communities is biased.

The Brahminical religious regime of the late 19th and 20th centuries in India also made the author of the Ramayana untouchable. On the other hand, the author, Valmiki, in the Ramayana, presents himself as the son of a Brahman. The epithet of shamshanvasi (one who resides in a crematorium) for Shiva is often cited as an example of Shiva’s shudra or dalit origin.

(This appeared in the print edition as “Not A Dalit God”)

(The opinions expressed are personal)

YS Alone the Writer is a professor in the School of Arts and Aesthetics, Jawaharlal Nehru University, Delhi.

A heroic prime minister ahead of her time – OpEd – Eurasia Review