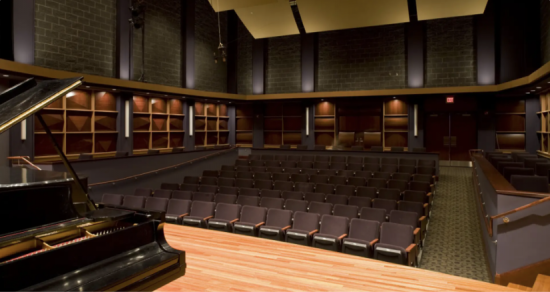 COLUMBIA, MD—Candlelight Concert Society will celebrate 50 years of chamber music in Howard County during the society’s 2022-2023 concert season. The 50th anniversary season will open in September with the world premiere of a specially commissioned new original work, followed by a chocolate and champagne toast celebrating 50 years.

“We are proud to have served our community for 50 years, showcasing the world’s finest musical artists and providing strong artistic education opportunities for our students,” said Bryan Young, Chairman of the Board of Candlelight. Concert Society. “I invite the entire community to join us in this celebration, and we look forward to the next 50 years of great concerts.”

Founded by three Howard County music teachers in 1972, the Candlelight Concert Society has presented more than 500 concerts over the past 50 years with artists including Yo-Yo Ma and the Emerson String Quartet. In addition to chamber music, the society’s programming has expanded to include music education for children and adults as well as community outreach, masterclasses, pre-concert lectures and demonstrations.

The Candlelight Concert Society’s anniversary season will include:

“I’m so excited for Maryland music lovers to hear from the incredible artists who will be performing for Candlelight’s 50th Anniversary Season,” said Irina Kaplan Lande, Artistic Director of Candlelight Concert Society. “From our grand opening concert in September, featuring the first composition commissioned by Candlelight, to our wild season finale in May, 2022-23 is shaping up to be our best and most diverse season ever. “

The Chamber Orchestra of the Knights
Sunday, September 11, at 4 p.m.
Horowitz Visual and Performing Arts Center at Howard Community College

Opening the Candlelight Concert Society’s 50th anniversary season, The Knights will perform music by Ludwig van Beethoven and Czech composer Leos Janacek as well as a new original piece by composer Viet Cuong commissioned by the society. A chocolate and champagne toast celebrating 50 years will follow the performance. Learn more and buy tickets.

The Brentano String Quartet, who have performed on five continents, and clarinetist Alexander Fiterstein, winner of the Avery Fischer Career Grant Award and director of winds at Maryland’s Peabody Conservatory, will join forces to perform chamber music, including the Clarinet Quintet by Wolfgang Amadeus Mozart. Learn more and buy tickets.

Grammy-nominated Canadian-American pianist and composer Marc-André Hamelin will perform Beethoven’s “Hammerklavier” Sonata, Op. 106, as well as one of his own compositions for the first time in Maryland. Learn more and buy tickets.

Free concert for all with the young musicians of Maryland
Sunday, December 11, at 4 p.m.
Horowitz Visual and Performing Arts Center at Howard Community College

Known for her interpretations of the music of Johann Sebastian Bach, British-Canadian pianist Angela Hewitt was appointed a Member of the Order of the British Empire by Queen Elizabeth II and was the first woman in history to receive the Leipzig Bach Medal. She will perform Bach’s English Suite as well as works by Domenico Scarlatti and Johannes Brahms. Learn more and buy tickets.

The Jerusalem Quartet will perform pieces written under oppressive regimes by composers Prokofiev, Béla Bartók and Dmitri Shostakovich. The performance will explore the power of music to bring hope during dark times in human history and experience. WBJC 91.5 FM program director Jonathan Palevsky will narrate the show. Learn more and buy tickets.

Julliard School classmates Ken Kubota, Brandon Ilaw and Mitch Lyon founded Empire Wild, an energetic, genre-bending crossover trio combining the sounds of pop, folk and Broadway music. Kubota and Lyon play the cello, while Ilaw joins in on vocals or other instruments, such as the cajon, guitar, piano, or bells. Learn more and buy tickets.

Tickets are $45 per show. With the purchase of an adult ticket, an accompanying child up to 17 years old will receive a free ticket. Student tickets are $10. Subscription Buyers can save up to 25% off regular ticket prices. To buy tickets, go to CandlelightConcerts.org or call 410-997-2324.

Candlelight Concert Society has presented world-class chamber music since 1972, featuring guest artists from around the world. Based in Columbia, Maryland, the Candlelight Concert Society has received national recognition for its annual chamber music series. In addition, the company offers programs to arouse children’s interest in the performing arts; outreach educational programs to build an audience for the future through performances, lectures, workshops and masterclasses; and community outreach shows for Howard County residents unable to attend a formal concert. (CandlelightConcerts.org)

McDonald’s branch in Coseley can open 24/7 after trial