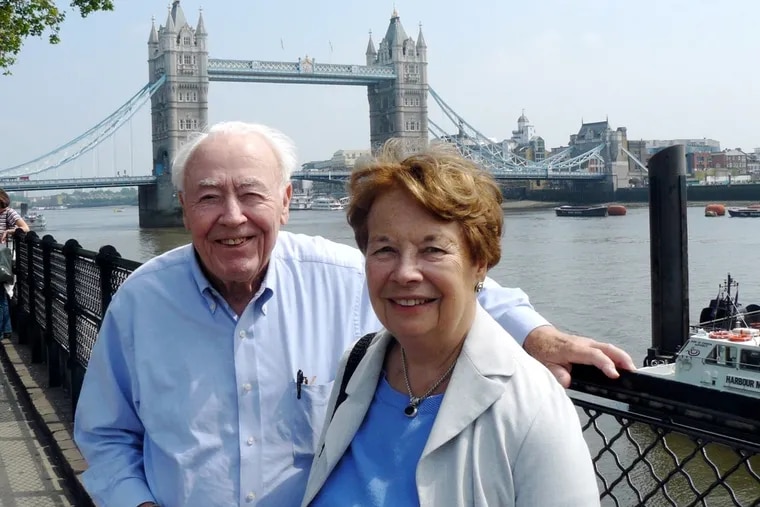 Molly Hartzell, 94, of Gladwyne, a pioneering social worker who first helped children and teenagers in need and then became a tireless counselor for the elderly and advocate for elders’ rights, died on Saturday April 2 from lymphoma at the Pennsylvania Hospital.

Inspired by reverent religious faith and the kindness and selflessness of her grandmother and others, Ms. Hartzell counseled troubled teenagers in Massachusetts, supervised and placed children in foster care in New York and guided vulnerable seniors in Montgomery County and elsewhere for nearly 50 years. .

“She decided early on that kindness and compassion was how she was going to live her life,” her son, David, said. “She had the unique ability to see the good in everyone.”

From 1977, when many organized aged care services were still emerging, Ms Hartzell walked at the forefront of the movement and became Senior Social Worker and Director of the Lower Merion-Narberth Coalition for Older Adults. In this role, she was instrumental in establishing a local adult daycare center and a long-term care consortium among nursing homes and assisted living facilities.

She later served as board chair and director of ElderNet for Lower Merion-Narberth, the successor to the Coalition for Older Adults, and was a field instructor for the University of Pennsylvania School of Social Work. , now the School of Social Policy and Practice.

She has volunteered with the Family Service of the Main Line Neighborhood and other organizations, served on the board of the Main Line Adult Day Care Center in Bryn Mawr, was a member of the National Association of Social Workers based in Washington and addressed civic and local leaders. and state policy makers on elder rights.

“She was a born social worker,” said former colleague Dorothy McCabe. “She was knowledgeable, compassionate and capable. She taught me a lot. »

In 1989, Ms Hartzell became the first social work manager for the Waverly Heights retirement community in Gladwyne and, among other projects, established vibrant support groups for residents and families. She retired in 1998. “An absolutely wonderful woman,” a friend said in an online tribute.

Earlier in her career, in the 1950s, Ms. Hartzell was a social worker at Massachusetts General Hospital in Boston and resident in-house counselor for adolescents at Bradley Psychiatric Hospital at Brown University in Rhode Island.

She then worked in the adoption services department of the New York State Charities Aid Association and as a social worker at New York Hospital, now Weill Cornell Medical Center.

Born February 22, 1928, in Lancaster, Pennsylvania, Molly Storb graduated from Wheaton College in Norton, Mass., in 1949. Rejecting her family’s suggestion that she become a secretary, she returned to Massachusetts and earned a master’s degree in social work from Boston University in 1953.

She met Frank Hartzell after moving to New York, and they married in 1958. The couple moved to Wynnewood, raised son David and daughter Mimi, and retired to Waverly Heights in 2011.

Ms Hartzell was an expert at making friends and volunteered at United Way and her children’s schools as they grew up. She enjoyed writing personal notes for birthdays and other occasions and keeping in touch with her friends during difficult times.

She became active at Bryn Mawr Presbyterian Church in 1967 and served as an elder, minister Stephen, and a member of mission and nominating committees. She spent summers in Cape May and Avalon and often beat her husband and children at Scrabble and horseshoes while on vacation at their cabin in northeastern Ontario, Canada.

Introspective and engaging, Ms Hartzell kept a wish journal and, unsurprisingly, it focused on others as often as herself. “Celebrate my life because it’s been wonderful to me,” she wrote in one entry. “Friends and family made it so.”

In addition to her husband and children, Mrs. Hartzell is survived by six grandchildren, a brother and other relatives.