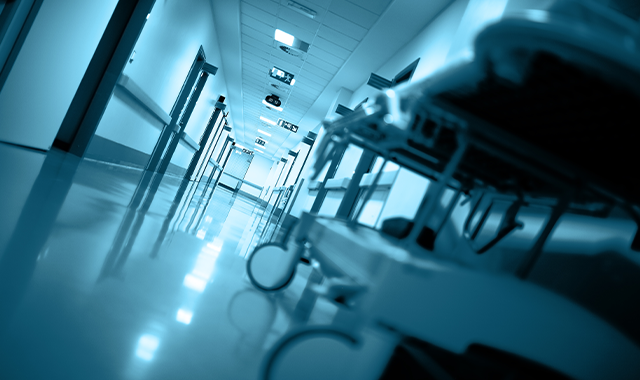 Amid an increase in social media harassment and physical violence in hospitals and doctor’s offices, a number of physician groups are calling for federal action that would provide new legal protections for healthcare workers and increase sanctions for those who threaten or commit damage against them.

When patients and families have health issues, they turn to health care workers for care, guidance and hope. These professionals are a crucial part of our healthcare system and our society, serving as the frontline defense to keep our communities healthy and safe,” said a joint statement from Victor J. Dzau, MD, President of the National Academy of Medicine (NAM), and David J. Skorton, MD, president and CEO of the Association of American Medical Colleges (AAMC).

“Yet violence against healthcare workers is on the rise and inflammatory rhetoric has become common and intense,” they said. “Such words and actions are irresponsible and dangerous and undermine the ability of healthcare professionals to provide much-needed care to patients and communities.”

NAM and AAMC called for passage of the federal Safety from Violence for Healthcare Employees (SAVE) Act, introduced in June by Rep. Madeleine Dean, D-Pennsylvania, and Rep. Larry Bucshon, MD, R-Indiana. The bill builds on current protections for aircraft and airport employees, such as flight crew and flight attendants, and would provide legal penalties for those who knowingly and intentionally assault or intimidate employees. hospitals.

NAM and AAMC cited surveys that found 44% of nurses said they had been physically abused and 68% reported verbal abuse, and 23% of doctors said they had been personally attacked on social media. In June, a gunman targeted his surgeon whom he blamed for persistent pain, and the gunman killed another doctor, a receptionist and a visitor before turning the gun on himself at a Tulsa doctor’s office .

According to the American Academy of Pediatrics (AAP), the American Medical Association (AMA) and the Children’s Hospital Association, children’s hospitals that provide evidence-based gender-affirming care have become the target of rhetoric and incendiary threats. The groups sent a joint letter to US Attorney General Merrick Garland urging the Justice Department to investigate threats against doctors, hospitals and children’s families.

“Individuals in all workplaces are entitled to a safe environment, free from harm and free from intimidation or retaliation,” said AMA President Jack Resneck Jr., MD, in a joint declaration with the other organisations. “As physicians, we condemn groups that promote hate-motivated intolerance and toxic misinformation that can lead to serious real-world violence and extremism and compromise patient health outcomes.”

The AMA and its members will work with federal, state and local law enforcement authorities to develop and implement strategies that protect physicians and other healthcare workers from senseless acts of violence, abuse and intimidation, Resneck said.

This summer, Boston Children’s Hospital made national headlines for disclosing threats and harassment over online misinformation that the hospital performed gender-affirming surgeries on young children. These threats prompted comments from the U.S. Attorney in Massachusetts and the establishment of a tip line to report the threats.