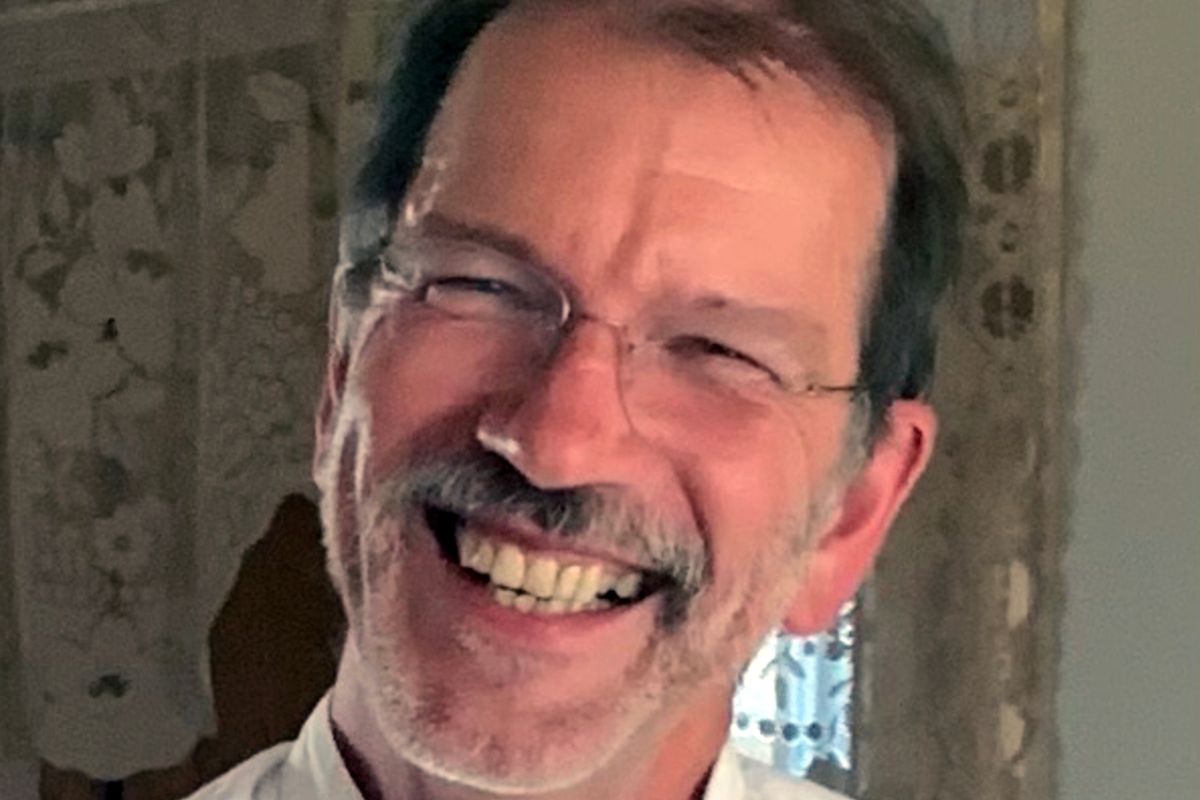 When he was young, Tomas Allen dreamed of becoming a farmer like his father before him. He loved Manitoba’s flat vistas where it seemed like the earth touched the sky so they were one, and skated in the winter on the mire. He loved driving a tractor on the family land near the village of Roblin, more than 400 kilometers northwest of Winnipeg, the brush cleared of rocks so the ground could be more easily plowed.

Above all, he loved the feeling of a world that opened up, one season after another, renewing itself, inexorable and exciting.

From those beginnings, from a farm that had no electricity for much of his childhood and still has no running water, Mr. Allen has continued to plant and nurture a living rich which, over the past 20 years, has taken place over 7,000 kilometers in Geneva. Instead of wheat, he worked with scientific knowledge, ensuring that people around the world, from Africa to India and beyond, had access to it and knew how to do it.

He would describe himself as a simple small-town librarian, a sweet, lanky, bearded, bespectacled husband and father of two who never thought he’d get it when he applied for a job at the ‘World Health Organization ; a man who spoke a host of languages, including French, German, Spanish and Swedish, simply because he was interested in learning them.

Yet when the COVID-19 pandemic hit in early 2020, Mr Allen, whose official WHO title was “librarian” in the Department of Quality Assurance, Norms and Standards, began working with its small team to create, maintain and then constantly update an exhaustive, universal, free and multilingual database about it. For two years they toiled, sometimes in Mr Allen’s living room or garden, with the result becoming an essential tool for researchers in the fight against a disease that has affected 617 million people so far and caused more than 6.5 million dead.

Their work would become the WHO’s award-winning COVID-19 research database, with hundreds of thousands of references, updated five days a week and easily accessible to anyone around the world. And his model – Mr. Allen’s model – is now being used to create a similar database for monkeypox control.

In December 2021, Choice Reviews, a publishing unit of the American Library Association, awarded the database, with its multilingual compendium of scientific findings accessed by more than 7,000 researchers in more than 200 countries daily, the prestigious Choice Outstanding Academic Title award.

Mr Allen died on September 9 in a palliative care room in Geneva that overlooked a farmer’s field, with a vineyard in the distance, after a months-long battle with glioblastoma. He was 61 years old. In the days leading up to his death, he wrote e-mails to every member of his staff, personal and amusing memories and appreciations, at a garden party at his home before going to the hospital for the last time, his only request. was a glass of good Sancerre wine, which he drank from a sippy cup.

Among his latest visitors was WHO Director-General Tedros Adhanom Ghebreyesus, who arrived with a huge bouquet of flowers. Subsequently, Dr. Tedros wrote a letter which was distributed throughout the organization, noting Mr. Allen’s “deep sense of responsibility for justice, fairness and humanity”.

“Tomas’ work has gone beyond the Organization to help research institutes located in low- and middle-income countries,” continued Dr. Tedros. “With his contagious broad smile and openness to others, he was considered the ‘networker of networkers’… [and] Thanks to his kindness, breadth of knowledge and exceptional listening skills, his office was never empty, with colleagues queuing for help on any scientific topic or tapping into his evidence-seeking skills.

Mr. Garnica said: “The wonderful thing about Tomas is his generosity. He always had time for you and managed to treat you as an individual and part of the group.

Speaking at the celebration of Mr Allen’s life, his colleague Ian Roberts recalled that in 2005 the library was trying to find a “single metric” to report and measure everything it did, from activities that would be grouped into a category known by an acronym. , as is done in many organizations.

“Tomas noted that what is important is that you have listened, understood and provided what the person absolutely needed at the time,” Roberts said. “He called it the HTI, or the Human Contact Indicator.”

Tommy John Allen was born on July 30, 1961, the third of John and Gladys Allen’s four children. He grew up on the family farm outside of Roblin playing in wheat and barley fields; As a teenager, he drove a tractor, loaded bales of hay, and raised and butchered chickens.

Her father worked off the farm most of the time, driving a school bus and a delivery truck. This meant that the children had to participate, before leaving for school and after doing their homework in the afternoon, leaving little time for a social life.

But that didn’t distract young Tommy John, as he was known until he changed his name in his early twenties because he felt “Tomas” suited him so much better. An uncle had given him a set of encyclopedias, which he perused, whetting his appetite for a world beyond Roblin’s borders. He formed pen pal friendships with people in distant places; he became so close to a correspondent in Germany, with whom he first corresponded laboriously using a German-English dictionary, that they considered each other lifelong brothers.

In high school, Mr. Allen did odd jobs to earn money for a plane ticket and a Eurail pass, as he wanted to visit his distant friends in person. He also enrolled in Canada World Youth and traveled to Quebec and Bolivia, adding Spanish and French to his German. Then he moved to Winnipeg to do a degree in modern languages ​​at the University of Manitoba.

There, while working in a pancake house in the kitchen, he met a waitress named Reva Gutnick, an undergraduate student at the University of Winnipeg. Eventually they married and began a life that saw them move between Sweden, where she did graduate work in comparative social policy, and Ottawa, where she taught at Carleton University and worked with communities. of the First Nations, and he went to Montreal to do a master’s in library science at McGill.

In 2001, he applied for the position of WHO Librarian, a long process that eventually saw him join the organization the following year; the family, including daughter Signy and son Stefan, settled in Gex, a village on the Franco-Swiss border.

“Everything he did was pretty human,” Ms Gutnick said. “He learned on the farm that you don’t separate work from life – it’s an endless circle. It was a lesson he learned throughout his life, whether it was recycling and composting, or getting to know not just his colleagues, but their families.

His brother-in-law, David Gutnick, called Mr Allen a humble and brilliant man whose mind worked like the iCloud. “He was the connector of connectors, connecting the thousands of people, studies and journals as they came in each morning.

“He was not a sweet person, but he was a kind person,” Mr. Gutnick continued. “He was someone you knew would do the right thing – someone you could trust.”

Mr. Allen is survived by his mother, Gladys Allen; his brothers, Roy and Randy Allen; his wife, Reva Gutnick; and her children, Signy and Stefan Gutnick Allen.

Private sector or government: which source of business lending is better?