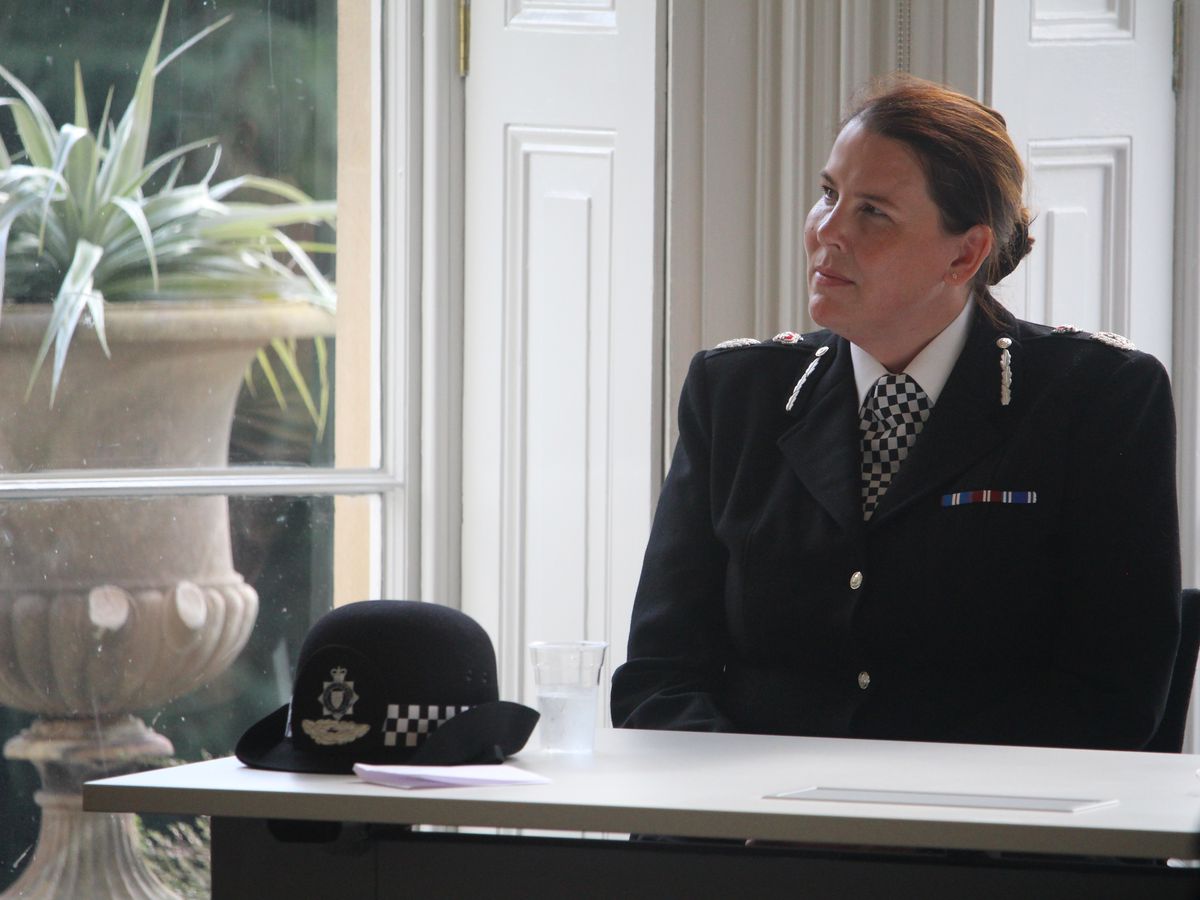 When Pippa Mills left college, she wasn’t sure what she wanted to do with a living.

â€œMy dad was a cop, and he said he laughed every day at work,â€ she recalls.

“So I thought I would join the police for a while, until I knew what I wanted to do.”

That was 1996, and now a quarter of a century later, Ms Mills has just been appointed West Mercia Police’s first female police chief.

â€œI watched my dad’s career, and variety drew me in, being able to help people when times are tough,â€ she says.

“Now my job is a little different, now it’s about allowing people to do it rather than helping them directly, but the principle is still the same.”

And while her new role will now inevitably involve more time behind a desk, the new boss is adamant that she will step out as often as possible, saying dealing with the public is important to any officer.

â€œI love him,â€ she said. â€œI’ve probably been outside more often in the last week than I normally can, but as a CEO you make these big decisions, and it’s about going out there and test the impact.

“I will continue to go out and listen to people.”

The new police chief has identified drug crime, and county gangs in particular, as one of the biggest causes of misery.

â€œDrugs cause so much suffering, and they are the cause of so many greedy crimes.

â€œA lot of vulnerable young people are also exploited in these county gangs.

“We will never stop fighting, I am determined to get rid of the ill effects of drugs.”

Ms. Mills says much of this work will be a continuation of what is already happening.

â€œA lot of these efforts are cross-border with other force areas on how to stop these county gangs when they enter our area. This is an issue that affects all forces in the country.â€

But tackling gangs is only part of the problem, she says, and the real challenge was to keep people from turning to drugs in the first place.

â€œYou can take a gang out of the counties, but when you do, it leaves a void and the danger is someone else will come and fill it,â€ she said.

â€œWe also need to look at how we can stop people from taking drugs in the first place, because if you take the customers out, there is no money to be made out of it.

â€œWe have to work with schools on education, it’s about telling people what is happening to these people who get involved in county boundaries.

“It is about preventing drug addiction and addressing the underlying causes of drug use, which includes social deprivation. We cannot get out of this.”

Ms Mills suggests that new technology, including the use of drones, could be used in tackling rural crimes such as hare racing.

â€œYou often find that it’s related to the loss of another crime,â€ she says.

But she also says that policing is not just about fighting crime and that for many people, issues such as road safety and low-level anti-social behavior were of much greater concern.

â€œSafer people, safer places, safer roads, all of these are very important,â€ she said.

Ms. Mills adds that it’s important for the force to communicate to the general public what officers are doing and how people can contact them.

She says that although many police stations have closed in recent years, that did not mean officers were not active and present in their communities.

“We always used to say that it is not the police stations that deal with criminals, it is the police,” she said.