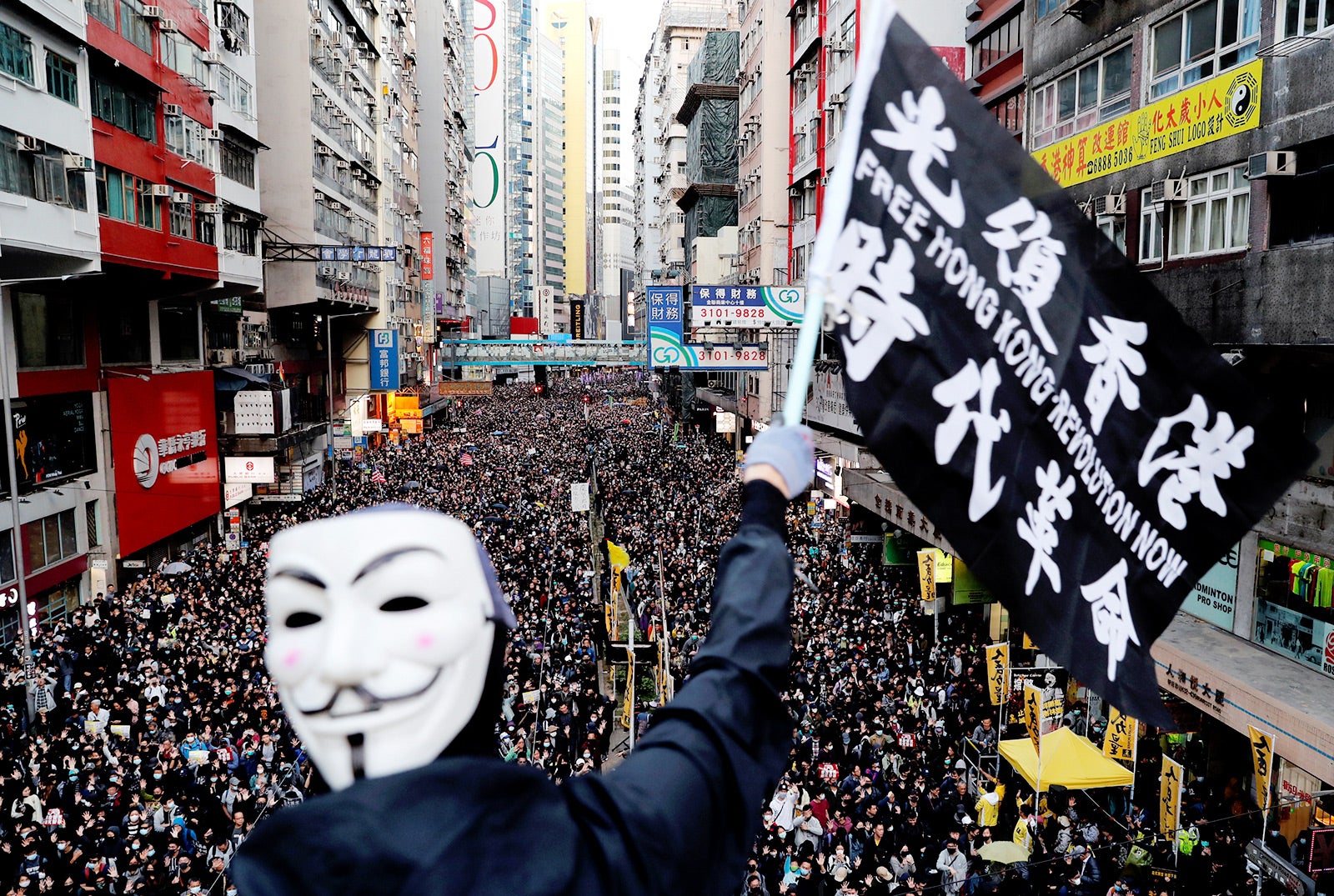 (New York) – The Chinese government systematically dismantled human rights in Hong Kong after the draconian national security law was imposed a year ago, Human Rights Watch said in a report released today. The repression of the authorities against Apple Daily, one of Hong Kong’s most popular newspapers, shutting down on June 23, 2021, illustrates the speed and intensity with which rights are being erased in the city.

“Dismantling of a Free Society: Hong Kong One Year After National Security Law” highlights the key steps of the Chinese government to reshape several sectors and institutions in Hong Kong to bring them under the control of Beijing. Chinese authorities decapitate the pro-democracy movement by arresting prominent leaders, pressuring Hong Kong residents – including schoolchildren – to publicly express their loyalty to the Chinese government and the Communist Party, and further transform in addition the police and the judiciary as tools of control of the Chinese state rather than independent and impartial agents of the rule of law.

Beijing is systematically erasing civil and political rights that people have long enjoyed, including freedom of expression, association and peaceful assembly, access to information, and academic freedom. Citizens no longer have the right to participate in free and fair elections and to stand for election. The authorities are shutting down free media, cutting funding to the pro-democracy movement and denying those accused of political crimes their right to a fair trial. Impunity for police abuse is growing.

Beijing’s efforts in Hong Kong are coordinated and comprehensive, and appear to be aimed at transforming a predominantly free city into one that follows the line of the Chinese Communist Party. Pro-Beijing politicians and individuals, as well as state-owned news media Ta Kung Pao and Wen Wei Po, humiliate and intimidate Hong Kong people, making them fearful of exercising their rights and pro-democracy activities.

Escalating government oppression has not stopped Hong Kong people from showing their support for human rights. June 4, the anniversary of the Tiananmen Massacre, would normally be marked by a mass candlelight vigil in Victoria Park. Since the imposition of the National Security Law, Hong Kong police have banned the vigil, preemptively arrested the organizer of the vigil, and closed the park, warning people they would be arrested if they entered. . Yet hundreds of people commemorated the anniversary outside the park, raising their cellphone lights to mimic traditional candles, while many more marked the occasion in churches and other places.

â€œBeijing should not underestimate the tenacity and creativity of the people of Hong Kong in their struggle for democracy and human rights,â€ Wang said. â€œOther governments should support these efforts by imposing sanctions on abusive Hong Kong officials and protecting the freedoms of Hong Kong people abroad. “

Dogecoin: Does investing “in currency with a dog” make sense for this section?