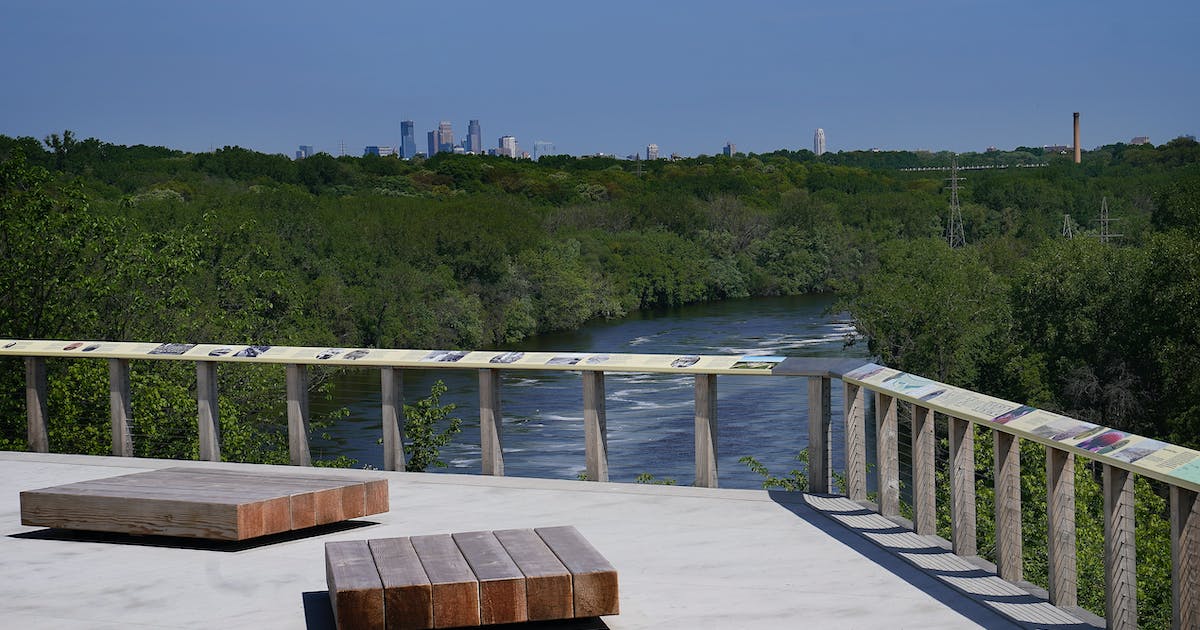 The Minnesota Historical Society decided not to rename Historic Fort Snelling after controversy a few years ago when the organization temporarily added “to Bdot“at the signs – the name the Dakota people have long used for the sacred place at the confluence of the Minnesota and Mississippi rivers.

On Thursday, the nonprofit’s board of directors unanimously approved keeping the current name, saying there was no “conclusive” feedback from public consultation meetings held in 2019 to determine whether to rename the historic site – and not the fort itself – to better reflect history. of the Dakota people and other miscellaneous stories.

“They haven’t even managed to include or incorporate Indigenous history,” said Ramona Kitto Stately, a member of the Santee Sioux Dakota Nation who leads the visits of the region, organized by the Minnesota Humanities Center. “[Adding Bdote] is a way of acknowledging the perpetuated harm to a group of people who are still there… We are still invisible to them and I think these decisions are made out of fear.”

In 2019, some Republican lawmakers were upset that the Historical Society added temporary signs that read “Historic Fort Snelling at Bdote” and threatened to cut state funding to the nonprofit. State Senator Mary Kiffmeyer, R-Big Lake, who authored the cuts, said then that Fort Snelling should only celebrate the military history of the state. Others have called the Historical Society “revisionist.”

“They gave in to the threat of financial loss,” Stately said Friday of the association’s decision. “What we would really like is for our land to come back… naming it would have been a nice first step.”

In a statement Friday, the Historical Society said it “continues to be committed to sharing an expanded and more complete story of the 10,000-year-old historic site, including Bdote, the homeland of Dakota, as well as the history African Americans, Japanese Americans, women, veterans and soldiers who have passed through historic Fort Snelling for decades.”

The organization removed the temporary signs in 2019, saying that although the official name has not changed, it has led to “public confusion” that the name is now “Fort Snelling at Bdote”. The non-profit organization sought public input. More than 7,000 people completed an online survey and about 160 people attended six input meetings held across the state.

In a new 113-page report on the process – which has been delayed due to the pandemic and layoffs within the organization – the Historical Society said there was “no strong consensus” on the renaming of the historic site. About half of respondents said they would keep the current name, while about half said they added or replaced the name with Native American words or a completely new name.

“It’s disappointing but not surprising,” said the Reverend Jim Bear Jacobs, co-director of racial justice at the Minnesota Council of Churches, who is a member of the Stockbridge-Munsee Mohican Nation in Wisconsin and also leads visits of sacred sites.

He said it was a missed opportunity to add “Bdote” to the name, and continues a “legacy of intentional indigenous erasure”. Unlike the controversy over the renaming of Lake Calhoun from Minneapolis to its Dakota name, Bde Maka Ska – cutting ties with a Southern politician who supported slavery – many respondents were not seeking to remove Snelling but to add a Native American name.

“It’s not a name change; it’s the addition of a location,” Jacobs said. “It just gives the context that Fort Snelling exists in a sacred Indigenous space.”

If the Historical Society’s board had recommended a name change or was reconsidering one in the future, it would have to go to the Legislative Assembly for a vote.

The fort, which occupies approximately 4 of the 23 acres of the larger historic site, was built in the 1820s. It was briefly called Fort St. Anthony before being renamed in honor of Colonel Josiah Snelling, who oversaw its construction. It remained an active military base until 1946. In 1960, the fort was designated a National Historic Landmark, the first in Minnesota.

In recent years, the Historical Society has added programs and exhibits to broaden the telling of the state’s history through the lens of more diverse communities – from the slaves who lived at the fort to the Japanese-American soldiers who settled there. are trained and to the Dakotas who lived there for centuries before the white settlers. The fort was also the site of a concentration camp for 1,600 Dakota after the American-Dakota War of 1862.

“I applaud the Historical Society for accepting this story more recently,” Jacobs said, though he added that “it’s ridiculous” that Bdote’s addition sparked controversy or debate.