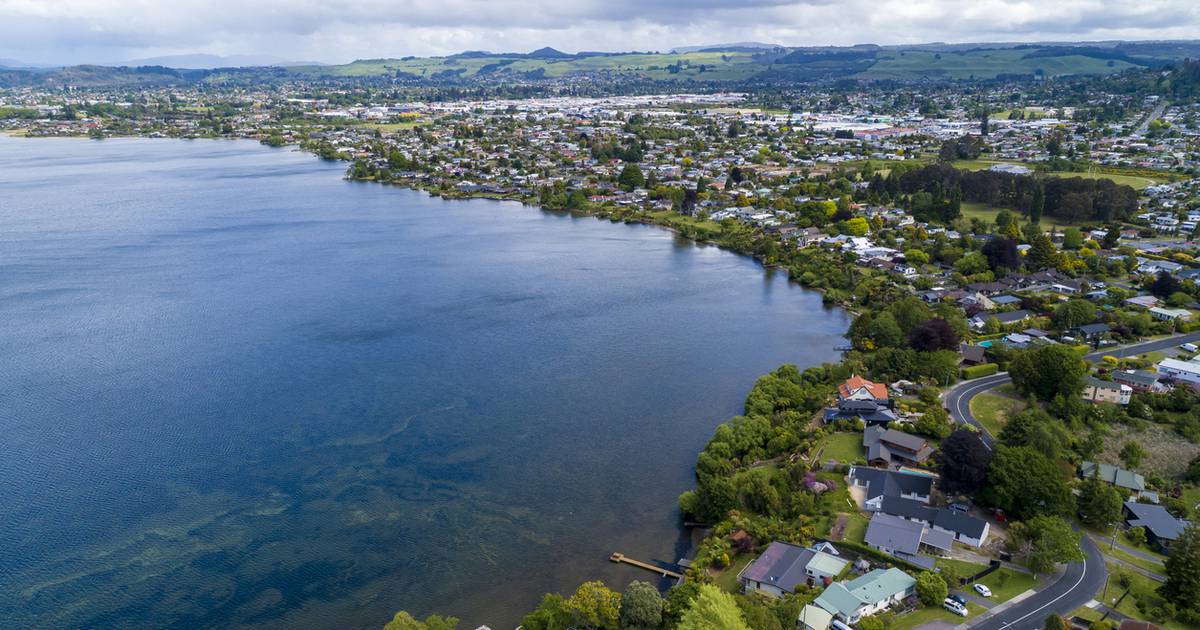 The government says it may have paid for people from out of town to move to Rotorua for emergency accommodation, but says it is not “actively relocating” people.

Rotorua MP Todd McClay says he thinks the wording is “spin”, while a resident thinks there is no difference.

A resident of an emergency accommodation motel who moved to Rotorua from Taranaki says she is thriving and could never have done it without moving.

An official news release shows that in December 2021 RotoruaNZ Chairman John McRae wrote to Social Development Minister Carmel Sepuloni asking for “assurance that people are not being actively sent here”.

RotoruaNZ is the regional tourism and economic development agency for the district and is an organization controlled by the Rotorua Lakes Board.

McRae was writing in support of a November 24, 2021 letter sent to Sepuloni by then-Mayor Steve Chadwick and Ngāti Whakaue kaumatua Monty Morrison about the ministry’s “voucher system” that allowed people to live in the motels of their choice rather than in managed facilities.

In his letter, McRae said the mixed-use motels meant that “increased drug use, violent behavior, vandalism and other anti-social behavior near motels…was destroying our city’s reputation.”

On Feb. 22, Sepuloni responded, saying the Special Needs Emergency Housing Grant was a financial grant, eligible people could choose where to stay, and the ministry could only provide advice on suitable housing. .

“When a person chooses to move to access emergency housing, the Department of Social Development [MSD] can help them with transportation costs when they are eligible for assistance.

“I can assure you that MSD, or any of its contractors, are not actively relocating people to emergency accommodation in Rotorua.”

She said that sometimes resettlement is the only way for a whānau to find safe housing, such as in domestic violence situations.

Sepuloni acknowledged that anti-social behavior could occur in emergency housing, but the ministry was “not in a position to take responsibility for people’s behavior”.

An RNZ report last year revealed official documents showed ministers had been warned of ‘public safety risks’ in Rotorua in 2020, and weekly motel accommodation was unsuitable for families or people with high needs.

In his letter, Sepuloni said the issues that “cause and flow from homelessness are symptomatic of a broader trauma on the part of many in the community…MSD alone cannot address these complexities,” adding that the government was reviewing the emergency housing system.

“This may require broader legislative change.”

Rotorua MP Todd McClay said Sepuloni’s statement that the department was not “actively” sending people to emergency accommodation motels in Rotorua but could pay them to do so was, in his view. opinion, a “twist”.

McClay believed, “The people of Rotorua can see through this” and that “paying for people to come to Rotorua is like actively sending them here”.

He said that in his opinion, it was “honestly not good enough”. Sepuloni said the department was not responsible for guest behavior at motels.

He felt the minister owed Rotorua a ‘better response’ and ‘take action to fix the problem his government has created’ and reiterated his call for a cap and a sliding lid on the use of motels for the emergency accommodation.

Rotorua Mayor Tania Tapsell said that from her perspective, while Sepuloni had denied that the department had actively sent people to Rotorua, it was “still enabled and authorized”.

“The main concern for all of us is the lack of information and transparency. Rotorua needs and deserves the trust in the information given to us by the government and a plan to end it immediately.”

Tapsell said she wanted to see an independent review of emergency accommodation in Rotorua and renewed her call for increased government funding for the tourism industry and the city’s police.

“Rotorua should not be left to deal with the consequences of a government decision.”

“The previous narrative was that all emergency accommodation clients were locals and we now know that is not true. Now we are not actively relocating people to Rotorua but we [can] pay for transportation.”

He said Sepuloni’s comment that the department was not responsible for the behavior of its customers, in his view, “shows how little this…government cares about the local people of Rotorua”.

“The cumulative effects of such a concentration of emergency housing is a problem.

“The Cabinet has been notified about this.

“I would say this government has been negligent in its responsibility to the people and economy of Rotorua.”

“Because we live on the pitch and work on the pitch, you see the faces change all the time.”

She said the department took “no responsibility” for ensuring customers were cared for and followed up at motels, but said it “definitely should”.

“Where does accountability begin and end? Are they just there to administer the payments?”

When asked if she thinks paying for people to move and actively relocating them are the same thing, Hall replied “of course it is.”

“I think they are splitting their hairs.”

Social Development Minister Carmel Sepuloni said her response in the letter to McRae referred to all New Zealanders’ rights under social security law to seek proactive or retroactive travel assistance “if they are blocked”.

“It does not in any way imply that MSD is actively relocating people to Rotorua.”

She said an MSD report, published earlier in the year, found that “the majority of people in emergency accommodation were from the city, from a neighboring territorial local authority, or had ties close to the city”.

She said the department had recognized that the people of Rotorua were concerned about the origin of emergency accommodation residents and had “consequently decided to put in place additional controls to ensure that emergency accommodation in Rotorua are not accessible to people from out of town without a good and proper reason”.

Sepuloni said anti-social behavior was handled by the police, not his ministry, but the ministry helped clients “support them in their immediate needs”.

The ministry also worked with the police, council, iwi and other social agencies “to help keep the community safe”.

Sepuloni said the government didn’t want people to live in motels in Rotorua or anywhere else in New Zealand, but successive governments have “neglected the city and failed to build enough housing”.

“We have invested heavily in building more homes in Rotorua and we are seeing results with the number of people accessing emergency accommodation in the city falling in recent months.”

The department was asked how much it had spent on relocating people between regions for emergency accommodation since March 2020, how many grants were made, how many people had received them and how many had been used for transport to Rotorua for a emergency housing since March. 2020.

The ministry was unable to provide this information immediately but was investigating.

The chief executive of the Department of Social Development’s client service delivery group, Graham Allpress, said that in the 12 months to September there had been no ‘entries’ into housing. emergency in Rotorua from outside the district.

He said that in Rotorua the department had asked for a clear and valid reason before emergency housing assistance was provided to people relocating from outside the area.

“MSD customers, like other New Zealanders, may have urgent reasons to move.”

This included medical, family, security reasons or as a “last resort” when there was no other possible solution.

“I have just seen miracles since I have been here”

Motel resident Emma Corlett moved to Rotorua from Taranaki for emergency housing, the $300 cost of which was paid for by her mother,

She said the Department of Social Development refused to compensate the $300.

Allpress said hardship help was available to meet an “immediate need” and that by law customers were required to use their own resources first, with assistance in case of difficulties as a last resort.

He said the ministry had little leeway to retrospectively cover relocation costs that had already been met.

A former meth addict, Corlett said she had to leave Taranaki to clean up.

“It was an emergency. At Taranaki…I hit rock bottom.”

She said moving away was “so important” to her recovery and said she was “much happier” in Rotorua.

“I’m so grateful for what I have. Rotorua is much more supportive.”

She said life was “amazing” and while she was still in the emergency housing motel, she was optimistic she would leave in the near future.

Corlett said she was now able to work through the issues that led her to meth use, and that it wouldn’t have happened in Taranaki.