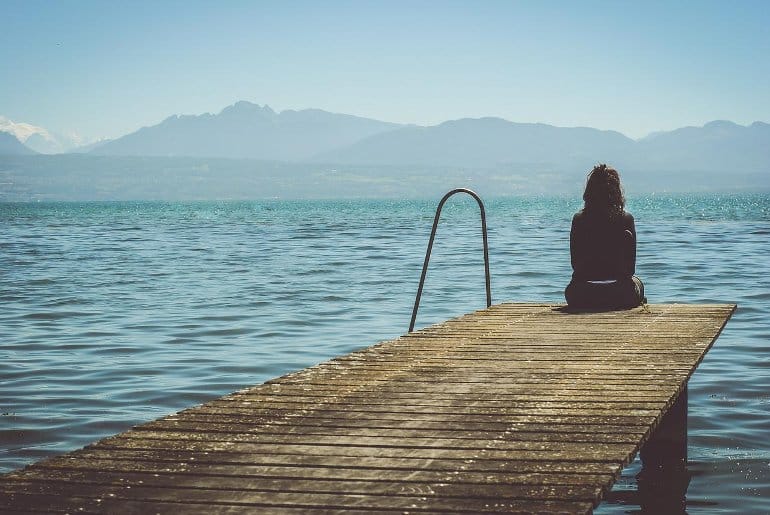 Summary: Hikikomori is a mental health disorder identified as pathological social withdrawal. Researchers have found a number of blood biomarkers associated with hikikomori.

Researchers at Kyushu University have identified a number of key blood biomarkers of pathological social withdrawal, known as hikikomori.

Based on their findings, the team was able to distinguish between healthy individuals and hikikomori patients as well as determine the severity of the condition.

According to the Japanese Ministry of Health, Labor and Welfare, hikikomori is a condition in which individuals do not leave their homes and isolate themselves from society and family for a period of more than six months.

Also identified as “pathological social withdrawal”, hikikomori is estimated to affect more than one million people in Japan today.

Although historically identified as a syndrome linked to Japanese culture, evidence from recent decades has shown that it is becoming a global phenomenon, with some fearing the COVID-19 pandemic could catalyze a global wave. of hikikomori patients.

In 2013, Kyushu University Hospital established the world’s first outpatient clinic for hikikomori research in hopes of developing support systems for patients through biological, psychological, and social understanding of the disease.

In a report published in Dialogues in Clinical Neurosciencelead researcher Takahiro A. Kato of Kyushu University’s Faculty of Medical Sciences explains that while the sociological underpinnings of the disease are carefully studied, significant gaps remain in understanding the biological aspects of hikikomori.

“Mental illnesses such as depression, schizophrenia and social anxiety disorder are sometimes seen in hikikomori individuals. However, our past research shows that it is not that simple and is a complex condition with overlapping psychiatric and non-psychiatric elements,” Kato explains.

“Understanding what is happening biologically will greatly help us identify and treat hikikomori.”

The team performed blood biochemical tests and collected plasma metabolome data – small molecules found in the blood such as sugars, amino acids and proteins – from 42 unmedicated hikikomori individuals and compared them to the data. of 41 healthy volunteers. In total, data from 127 molecules were analyzed.

“Some of our key findings showed that in the blood of men with hikikomori, ornithine levels and serum arginase activity were higher while bilirubin and arginine levels were lower” , says the first author of the article Daiki Setoyama.

“In both male and female patients, levels of long-chain acylcarnitine were higher. Additionally, when this data was further analyzed and categorized, we were able to distinguish between healthy individuals and hikikomori , and even predict its severity.

Ornithine is an amino acid produced from the amino acid arginine using the enzyme arginase. These molecules are vital in many bodily functions, including blood pressure regulation and the urea cycle.

Bilirubin is made when the liver breaks down red blood cells and is often used as a marker of healthy liver function. Patients with major depression and seasonal affective disorder have lower blood bilirubin levels.

According to Kato, “Identifying biomarkers of hikikomori is the first step in uncovering the biological roots of the disease and linking them to its severity. We hope these findings will lead to better specialized treatments and support for hikikomori. »

“Many questions remain, including understanding the root causes of these biomarkers. Today, hikikomori is spreading all over the world, so we need to conduct international surveys to understand the similarities and differences between hikikomori patients around the world,” he concludes.

About this psychology research news

A severe form of pathological social withdrawal, “hikikomori”, was recognized in Japan, spread around the world and became a global health problem. The pathophysiology of hikikomori has not been clarified and its biological traits remain unexplored.

Non-medicated patients with hikikomori (not= 42) and healthy controls (not= 41) were recruited. Psychological assessments of the severity of hikikomori and depression were conducted. Blood biochemical tests and plasma metabolome analysis were performed. Based on the integrated information, machine learning models were created to discriminate hikikomori cases from healthy controls, predict hikikomori severity, stratify cases, and identify metabolic signatures that contribute to each pattern.

These results reveal the blood metabolic signatures of hikikomori, which are essential for elucidating the pathophysiology of hikikomori and also useful as an index to monitor the course of treatment for rehabilitation.