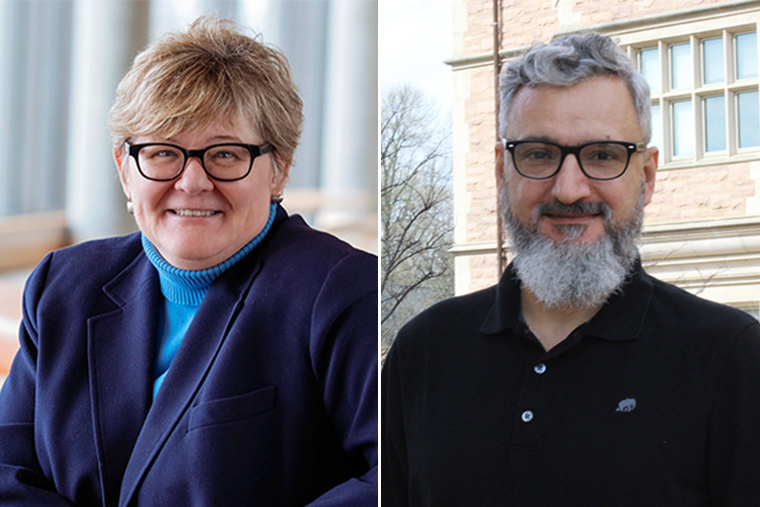 Tonya Edmond, Professor and Associate Dean for Social Work and Social Policy, and Rodrigo Reis, professor and associate dean for public health, has been named acting co-dean of the Brown School at Washington University in St. Louis, provost Beverly Wendland announced. Their appointments begin on January 1.

Edmond and Reis will succeed Mary McKay, dean of the Neidorff family and of the Centene Corporation at Brown School, who has been appointed vice-president, interdisciplinary initiatives in the provost’s office. McKay will continue to serve as Dean until December 31, and will begin her new position on January 1. The university will launch an international search for McKay’s permanent successor in fall 2022.

“I am grateful to Tonya and Rodrigo for taking on these leadership roles,” said Wendland. “The appointment of interim co-deans represents the remarkable interdisciplinary teaching and research programs of The Brown School. They are experienced leaders who will demonstrate great commitment and skill during this time of transition. I have no doubts that it will be a transparent process and that they will point the Brown School in the right direction as we seek a new dean.

“Rodrigo and Tonya are great choices to serve as interim co-deans,” McKay said. “They both helped shape the school’s vision and the new ten-year strategic plan, ‘Driving Equity 2030’. I have no doubt that the school is in good hands under their leadership.

Edmond has been a faculty member of the Office of the Provost, working on the development of female leadership within the faculty and other diversity and inclusion initiatives. She is also co-director of the Center for Violence and Injury Prevention. Edmond’s research focuses on evaluating the effectiveness of interventions for survivors of childhood sexual abuse, sexual assault, sex trafficking and domestic violence. She is committed to strengthening services for survivors through research and education to advance the development of trauma-informed care systems and the implementation of evidence-based trauma treatment.

She is currently the principal investigator of a Department of Justice-funded study testing the effectiveness of collaborative learning as an implementation strategy to improve the uptake of cognitive processing therapy in nursing homes. help rape victims. She also teaches “Approaches to Intervention with Women” and “Fundamental Concepts of Trauma Treatment in Children and Adolescents”.

Reis is a researcher at the Center for Research in Prevention, and his research focuses on the built and community environment and public health, with a particular interest in community interventions for the promotion of physical activity, as well as the effect of l built environment and active transportation on health and well-being.

At Brown School, Reis teaches courses focusing on the built environment and public health and is the chair of the urban design specialization of the master’s program in public health.

Prior to joining the Brown School, Reis was a faculty member at the Pontifical Catholic University of Parana, as well as the Federal University of Parana in Curitiba, Brazil. He has played an important role in international projects, such as the GUIA project (Guide for the community in Latin America); the International Network on Physical Activity and the Environment; the Design to Move initiative; and the physical activity classes of the Centers for Disease Control in Latin America.