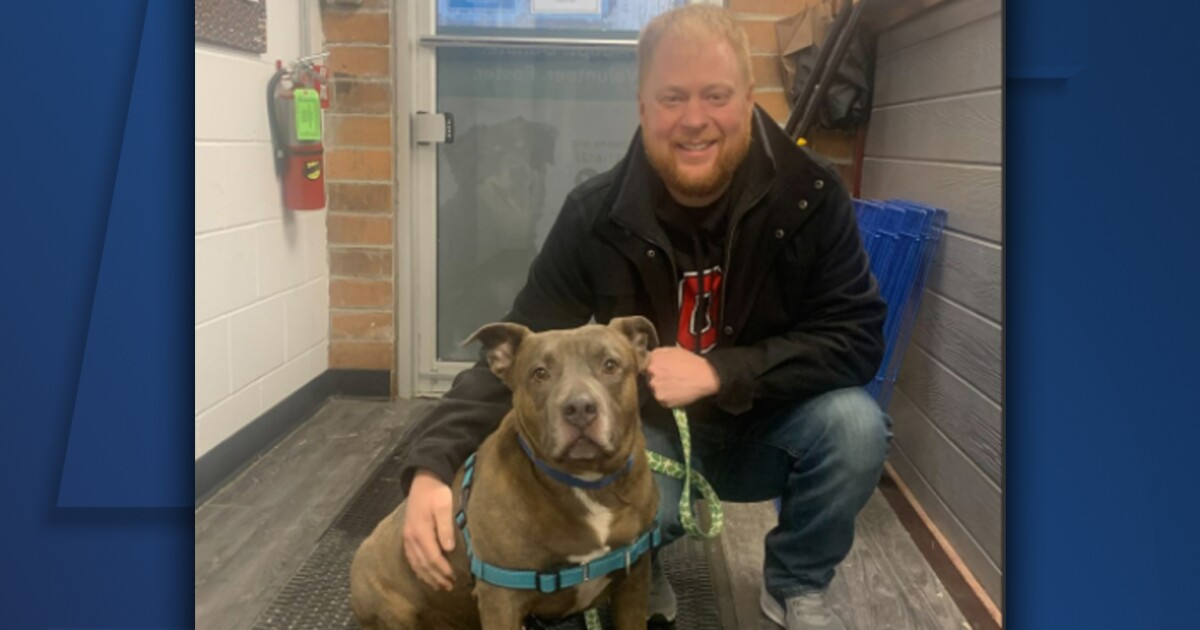 MENTOR, Ohio — A dog who has spent the past five years at the Lake Humane Society has found a loving new home.

Spike, a 9-year-old bit bull mix, had spent half his life in a kennel.

He was handed over in 2016 after his family’s house burned down. The traumatic experience made Spike nervous in the shelter and he was overlooked by those looking for a new pet.

With help from the shelter, Spike began to come out of his shell. The shelter is on a mission to find Spike a home to live out his golden years, in honor of the late Betty White, a lifelong animal advocate, as part of the “Betty White Challenge.”

On Monday, which would have been White’s 100th birthday, the efforts paid off and a foster situation to adopt was found.

Spike and his new owner hit it off right away, the shelter said. He will move to his new home after undergoing dental surgery on January 20.

Download the News 5 Cleveland app now for more stories from us, as well as top news alerts, the latest weather forecasts, traffic updates and more. Download now on your Apple device here, and your Android device here.

Is it fair to compare Prime Minister Imran Khan’s agenda with that of General Zia-ul-Haq? – The Friday Times