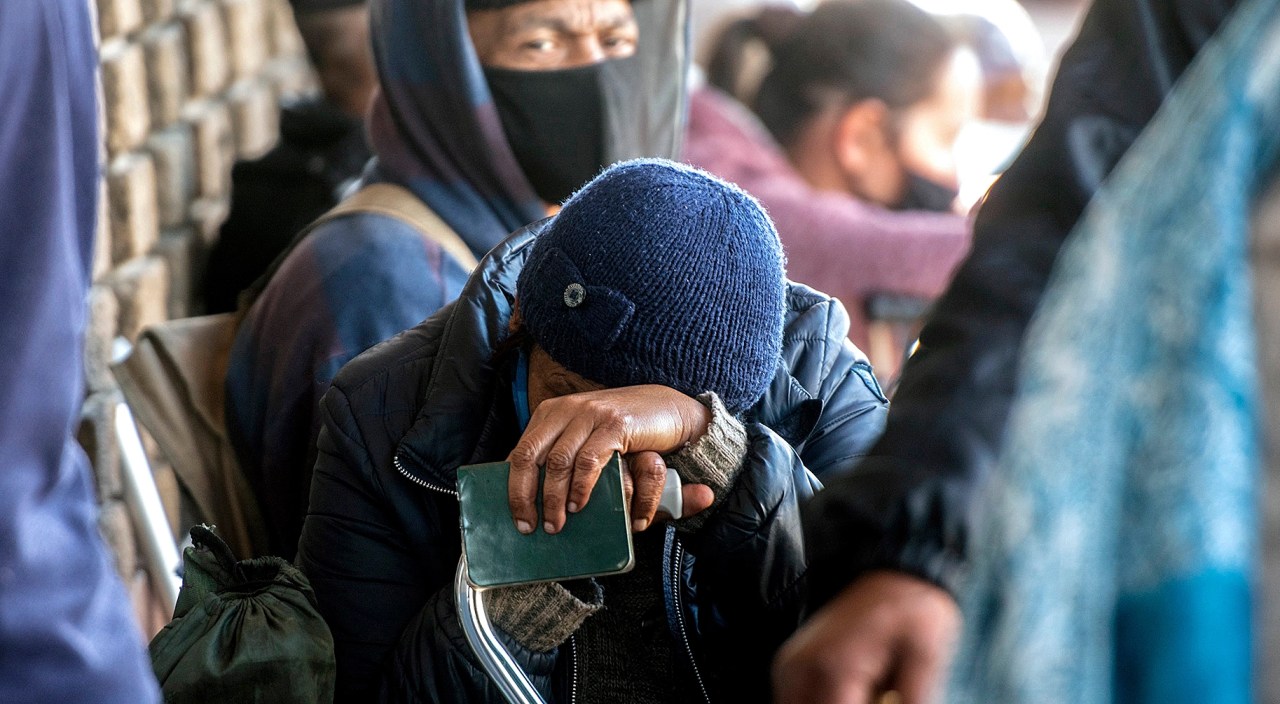 Distress Social Relief Grant – why the state is sti…

South Africa’s state of national disaster was announced in March 2020, leaving millions of unemployed and informally employed without income and in the face of desperate hunger.

The Special Covid-19 R350 Social Relief of Distress (SRD) grant was introduced in April 2020 as a government intervention as jobs were lost due to the impact of the Covid-19 pandemic on the economy . It was enacted under the National Disaster Status Regulations and initially ended on April 30, 2021, sparking protests from dozens of poor people and NGOs whose livelihoods were still affected by the Covid-19.

As a result, the grant was extended for another year, until March 31, 2022. Then, after further pressure and advocacy from civil society, President Cyril Ramaphosa announced in his state of nation from 2022 that the grant would be further extended, until March 2023, “to ensure that no one in this country has to endure the pain and indignity of hunger.”

While civil society organizations welcomed the extension, they warned that There is still a lot to do to alleviate South Africa’s poverty crisis, especially as it had been aggravated by Covid-19. As an alternative, they proposed a basic income grant, which the president says the government is still considering.

Since the national state of disaster has provided the legal basis for the SRD grant, where this was lifted on April 4, 2022, it became necessary to move the grant provisions from the Disaster Management Act (DMA) to Social Assistance Act (SAA) chaired by the Ministry of Social Development. The SSA had already provided for social distress assistance, which is a constitutional right in terms of Section 27(1)(c).

However, according to the government, this required the more than one million beneficiaries to reapply for the grant, and it was the responsibility of the DSD, through the South African Social Security Agency (Sassa) to ensure a smooth transition and payment of SRD grants.

However, new procedures and requirements applications were not announced until late April 24. At this stage, civil society was already warning that millions of people risked being excluded and not being paid.

In May 2022, when Social Development Minister Lindiwe Zulu tabled her 2022/23 budget in Parliament, she said R44 billion had been allocated for the SRD grant, which would be paid out to around R10.9 million. South Africans every month.

Civil society is sounding the alarm

On June 9, civil society organizations #PayTheGrants, Amandla.mobi, Black Sash, the Institute for Economic Justice (IEJ) and the Social Policy Initiative gave the alert that millions of poor people had not received their SRD grants for April and May. This meant that the government had reneged on its commitment, causing enormous mental health strain and financial anguish.

According to the organizations, around 11 million of the poorest people no longer benefited from the SRD subsidy. This dire situation can affect about half of the South African population (considering that each beneficiary can have about two dependents).

New conditions imposed by the DSD unilaterally and without consultation or warning meant that a large number of people who were previously eligible for the grant would no longer be eligible. In addition, administrative chaos and bureaucratic obstruction – including the failure to put the necessary systems in place in time – mean that, although the government has said people will be paid by mid-June, it there is little confidence that he will settle all payments by then. .

In May 2022, La Poste and Sassa announced that the former would no longer pay the SRD subsidy. Sassa said recipients should now get their grants through bank accounts or retailers.

This decision excludes thousands of the most vulnerable people who depend the most on this meager form of income support.

read in Daily Maverick: “New regulations on social relief grants in times of distress put ‘millions’ of people at risk of starvation – campaigners”

The DSD declared last week in Parliament that this file with La Poste concerned “only” between 4% and 5% of the beneficiaries. But that’s still a huge number of people: between 400,000 and 500,000, many of whom may not have alternative means of payment. This was unacceptable, civil society organizations said.

What is the heist?

Sassa executive director Brenton van Vrede told DM168 that the reason for the delay is the resource review that is now required before the grant is approved. This test has been outsourced to banks who now check the amount of money entering a person’s account to ensure it is not more than R350. Previously, the DSD checked whether claimants were registered with the South African Revenue Service and/or Unemployment Insurance Fund databases to determine the eligibility of beneficiaries. However, this method, Van Vrede admitted, is not foolproof and could lead to some people being unfairly rejected. Another challenge was that people didn’t always provide correct bank details, leading to failed payments.

Van Vrede said Sassa received and assessed 10.9 million SRD applications in June. These payments were already being made at the rate of one million recipients per day and the agency was confident that all June SRD payments would be made by the end of this month. The second round of payments in July would be the real test of whether the system was fully operational and functioning properly.

Sassa would pay the July grants while repaying the April grants. In August, he would make the payments for that month as well as the outstanding payments for May. Van Vrede said this approach means all payments will be up to date by September 2022 and the backlog will be cleared.

Asked about the reasons for the miscommunication, Van Vrede said Sassa had tried to keep the public informed through press releases on Twitter and Facebook, more than on his website.

Civil society did not appreciate the government’s backtracking, and on June 23 Black Sash announced that it, represented by the Center for Applied Legal Studies, would launch a urgent request in the High Court in Pretoria against the State for failing to pay SRD grants.

“We have been trying to engage with the government on the SRD subsidy crisis and avenues to resolve the issue for a few months, including submitting detailed responses to the draft legislative framework for the SRD subsidy. The government ignored these comments and the final settlement introduced even more punitive restrictions on welfare. There has been no consultation with civil society on the backward elements of these regulations,” the organization told media.

“The new R350 grant regulations not only exclude many people, but have caused distress and confusion for many. One claimant said: ‘I get +-R390 per month from a brother to pay my funeral policy, and I have R60. Now should I ask my brother to stop sending me a bonus every month? funeral insurance and pay for it himself when he is doing me a huge favor? Has Sassa forgotten that the money that comes into our accounts has to cover these important things?

“The Treasury’s underfunding of the R350 grant contributed to these regulations, designed to make life even harder for those struggling to put food on the table. Initiating litigation is our last resort to continue to hold Sassa, the DSD and the Presidency accountable for failing to implement an R350 subsidy system that is quickly and timely accessible to all who need it.

Neil Coleman, co-founder of the Institute for Economic Justice, said he would launch supportive legal action against the government. The lawyers had already sent documents to the government on behalf of the institute, and he believed that the government could resolve the non-payment crisis immediately if it decided to eliminate cumbersome banking processes and accept the alternative proposals of payment of SRD grants that the institute had sent. for them. Coleman previously told DM168 that he offered:

“Black Sash went above and beyond to engage the government. Litigation is a last resort, which is why we’ve waited so long since the initial engagement with the President in January. We remain open to having conversations that will have a meaningful impact on people’s lives,” said Black Sash Country Director Rachel Bukasa.

“What kind of society have we become when we think R350 is a luxury?” SM/MC

This story first appeared in our weekly newspaper Daily Maverick 168, which is available nationwide for R25.

EBITDA and your business loan