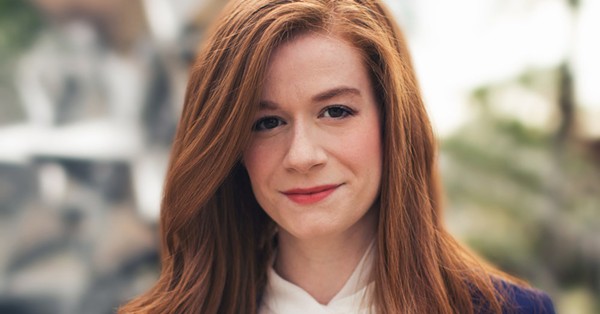 In April, McMorrow — an Oakland County Democrat who represents Berkley, Birmingham, Bloomfield Hills, Clawson, Rochester, Rochester Hills, Royal Oak and Troy — was falsely accused in a fundraising email sent by the Republican Lana Theis from Brighton of being a pedophile who was ‘outraged’ that she ‘cannot groom and sexualise kindergarten children’ or teach that ‘8 year olds are responsible for slavery’.

The outrageous claims referenced the Republican backlash, fueled by the QAnon conspiracy theory, against the teaching of racial inequality and LGBTQ+ issues in schools. Last year, Theis introduced legislation that would prevent K-12 schools from teaching so-called “critical race theory.”

In response, McMorrow went to the state Senate to issue a searing rebuttal.

“I’m a straight, white, Christian, married, suburban mom who knows that the very idea that learning about slavery or redlining or systemic racism means teaching kids to feel bad or hate themselves. because they are white is absolute nonsense,” McMorrow said.

She added, “I want every child in this state to feel seen, heard and supported, and not marginalized and targeted because they are not straight, white and Christian. We can’t let hateful people tell you otherwise to become a scapegoat and look away from the fact that they’re not doing anything to address the real issues affecting people’s lives. And I know that hate will only win if people like me stick around and let it go.

The clip quickly went viral, garnering millions of views and praise from experts, like that of Atlanticwho noted that the speech was effective because McMorrow “wasn’t afraid to be emotional, or even enraged”.

McMorrow’s husband and treasurer, Ray Wert, said contributions came from 11,000 donors from all 50 states, including more than $250,000 from 6,200 contributors in less than 24 hours after the speech.

Meanwhile, Theis’ fundraising efforts only brought in $235, according to Politics.