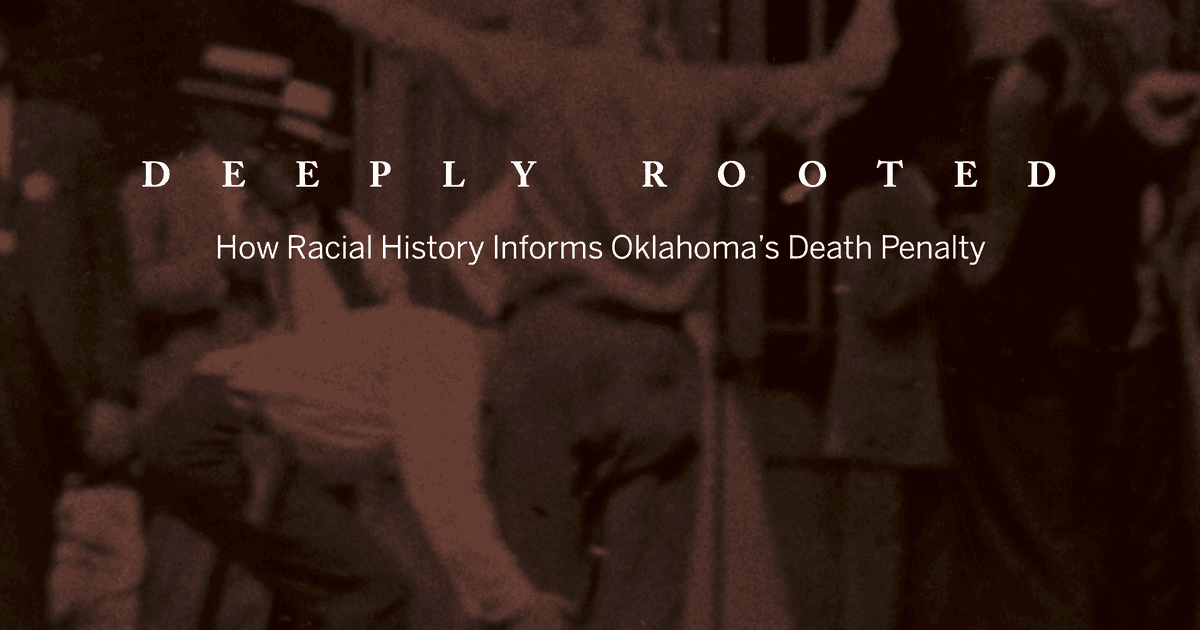 Below you will find key information about the people of the Deep rooted report.

Oklahoma has long challenged U.S. Supreme Court rulings aimed at promoting equality before the law and sovereignty for Native Americans. After the Supreme Court ordered Oklahoma to provide Ada Lois Sipuel Fisher – a black woman rejected from the University of Oklahoma law school because of her race – access to law school , the state legislature established a new “law school” exclusively for Sipuel Fisher in a state capitol senate room. The “school” had three instructors and no curriculum. Oklahoma changed course only after Sipuel Fisher’s lawyers sent the case to the Supreme Court and the attorney general expected the state to lose.

More recently in McGirt v. Oklahoma, the Supreme Court ruled that Oklahoma lacked jurisdiction to prosecute Native Americans for crimes committed on tribal lands, which included much of eastern Oklahoma. On the same day it ruled in favor of McGirt, the Court retroactively applied its decision to the pending case of Patrick Murphy, in which Murphy, a Muscogee man, challenged Oklahoma’s jurisdiction because his crime had been committed on tribal lands. Deviating from the Supreme Court’s decision in Murphy, the Oklahoma Court of Criminal Appeals declined to apply retroactively McGirt to other cases.

The men slated for execution over the next two years are overwhelmingly members of highly vulnerable populations, rather than the most morally culpable offenders. Almost all face one or more significant vulnerabilities, including severe mental illness, intellectual disabilities, brain damage, and chronic childhood abuse and neglect. Seven of the ten black men to be executed were 25 or younger at the time of their crime, three of whom were 20 or younger.

Most of the men have been diagnosed with serious mental illnesses, including schizophrenia, bipolar disorder, and post-traumatic stress disorder. At least eight have documented evidence of brain damage. One of the men, Michael Smith, provided the courts with detailed documentation of a lifelong disability, but Oklahoma denied him a hearing to present that evidence.

The men who were to be executed were subjected to a multitude of negative childhood experiences, including severe physical, emotional and/or sexual abuse. Several have significant evidence of their innocence. Seventeen of the 25 were sentenced to death in Oklahoma or Tulsa counties, both of which are national outliers due to their voracious execution rates.

Conservative estimates place the average cost of a death penalty case in Oklahoma at around $161,000, even before factoring in the cost of post-conviction incarceration. Non-capital cases cost $51,000 per case, on average, 3.3 times less than death penalty cases. State capital calls account for much of the cost difference, as these calls are 5.4 times more expensive than non-capital calls. The state also spends twice as much money per person per day to house people on death row compared to the estimated cost of housing people sentenced to life in prison.

The preferential valuation of white victims affects which murders are solved and who is sentenced to death. A study of homicides in Oklahoma from 1990 to 2012 found that only 3% of homicides with known suspects resulted in death sentences, and the race of the victim played a statistically significant role in the outcome. The odds that a person accused of murdering a white victim would be sentenced to death were 10 times higher than if the victim was a minority male. Homicides involving minority men were the least likely to result in a death sentence.

While 56% of murder victims in Oklahoma are white, 74% of death sentences handed down for homicides between 1990 and 2012 and 75% of all executions over the past half-century involved white victims. Of the 25 executions scheduled over the next two years, 68% are of white victims.

The prolific use of the death penalty in Oklahoma’s outlier counties has also resulted in a high rate of overturning. Half of all death sentences handed down in Oklahoma and Tulsa counties between 1972 and Jan. 1, 2021, have been overturned by the courts or resulted in a commutation or exoneration, making a death sentence not statistically more reliable than a draw.

Oklahoma County has imposed the most death sentences of any county its size (population between 750,000 and 1,000,000) in the United States and has carried out more than 2.5 times the number of executions of any another county of comparable size. Oklahoma County per inhabitant the execution rate of 5.6 people per 100,000 population is more than triple (3.3 times) that of the second largest county (St. Louis County, at 1.7 per 100,000 population).

Tulsa County is tied with Montgomery County, Texas as the most prolific executioner of all counties between 500,000 and 750,000 and has the second highest per inhabitant execution rate at 2.6 per 100,000 population.

Half of Oklahoma’s exempts are black. Perjury or false confession contributed to four of the five wrongful convictions of exonerated blacks. Oklahoma County is responsible for half of all exemptions in the state; the county produced more capital exemptions than all but four other U.S. counties

The median number of years spent on death row before exoneration was ten years for black defendants, compared to six years for white defendants. Sixty-two years have been lost in prison due to wrongful death sentences in Oklahoma County alone.

In 2017, a bipartisan commission including former prosecutors, defense attorneys, judges, citizens, crime victim advocates, and law professors released an in-depth research report on Oklahoma’s death penalty system. . The commission proposed reforms to all aspects of Oklahoma’s death penalty system and unanimously recommended a moratorium on executions until reforms are made. In discussing the decision to recommend a moratorium, the commission wrote that “worrying” findings “have led commission members to question whether the death penalty can be administered in such a way as to ensure that no innocent person is execution”. Five years later, Oklahoma has enacted “virtually none” of the reforms.