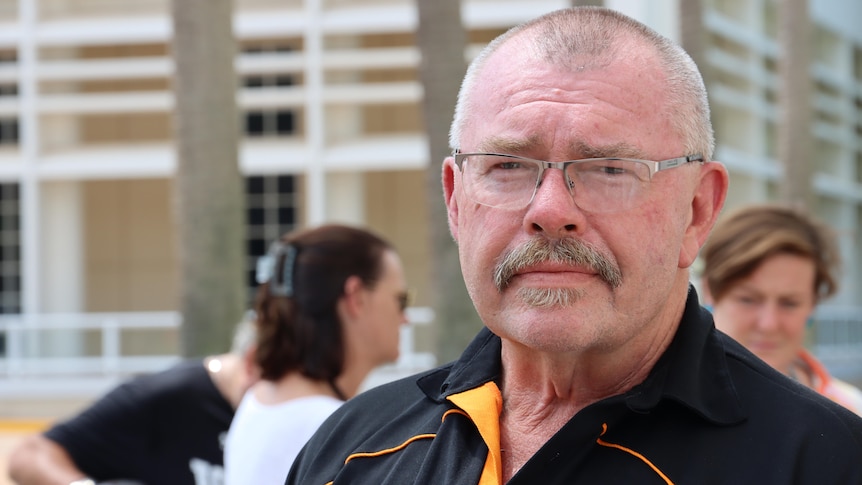 Drivers, their families, passengers and members of the Transport Workers’ Union gathered on Sunday to rally for “urgent, increased and committed” safety measures for bus drivers and commuters in Darwin.

John Woloczij, who has been driving buses in Darwin for eight years, said the problem had “escalated intensely” over the past 12 months.

“I’ve never seen so many assaults and assaults at interchanges – on drivers, passengers,” he said.

Violence against bus drivers is a long-standing problem in the territory, but Mr Woloczij said drivers were not just worried about their own safety.

“We have concerns for the passengers.”

He said drivers were “getting closer” to considering a strike.

“We have lost a lot of good drivers and there are still a lot of drivers who are considering leaving,” said Mr Woloczij.

“The whole industry, if it continues as it is, could come to a screeching halt because there are no drivers.

“No drivers, no buses, no services.”

He said plexiglass screens had been installed on some buses for a trial starting this week.

“They need a safety screen that allows them to do the job safely without fear or favor of being spat on, kicked, punched…threatened with a knife,” he said.

“We’re excited to go see a prototype on Monday to see where it takes us.”

Mr Smith said the network also needed more transit officers, of which there are currently 19.

“They can intervene before [an incident] escalates into something more serious.

“That’s what happened, little actions happen… and all of a sudden you have a full-fledged fight or a driver in trouble because he has a bus full of passengers that’s out of control.”

Amendments to the Public Transport (Passenger Safety) Act also give public transport officers the power to arrest people for offenses such as assault and property damage.

Transport Minister Eva Lawler, who spoke at the rally on Sunday, said the Northern Territory government had also pledged to put in additional transit officers and security guards.

She would not comment on the number of new workers to be added to the network, saying it was an “operational” matter.

Ms Lawler insisted Darwin’s buses were safe, but acknowledged there had been a spike in incidents on the bus network in the past year.

According to the most recent statistics from the Northern Territories Police, property damage has increased by 20.6% across the territory in the past year to July, while assaults have increased by 2, 15%.