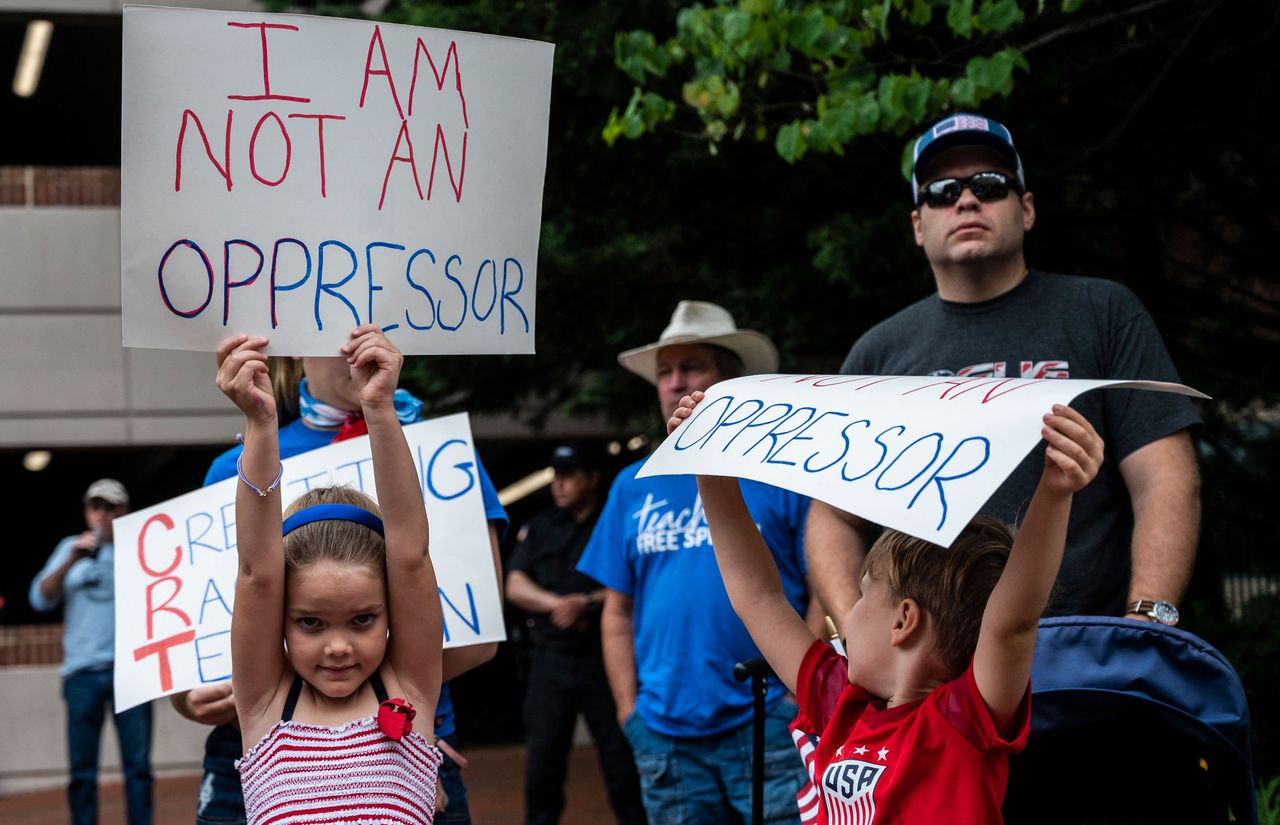 This is an opinion column.

Conservative parents across the country are outraged by the Critical Racial Theory (CRT) that is seeping into their children’s classrooms. The Liberals retort that the CRT is not a new idea and that it is not intended for young students. They present the opposition to the CRT as proof of the “fragility of white people”. Although CRT has been around for a long time, it ties in with Marxism and many other ideas that we should systematically identify, understand and reject, whether taught in our elementary schools or not.

Let’s go beyond the idea that there is a version of history that is just the facts. We choose historical events to teach the next generation and provide a lens to visualize them. Every aspect of education is an intentional choice. Teaching that America is a land of opportunity is a goal. The view that responsibility and individual choices are important in our country is another. CRT is, at its core, another perspective on the impact of American history on our current experience.

Critical race theorists view the social and economic stratification of American society as the product of racial exploitation. CRT presents American governments and institutions as taking advantage of several socially constructed races for the benefit of one.

If looking at society through the prism of exploitation sounds familiar to you, it’s because Karl Marx popularized it as an economic theory in the mid-19th century.

Many supporters of the CRT naturally bristle at the idea of ​​being associated with Marxism. The ultimate realization of Marxist theory is full communism which still don’t fly with most Americans. We don’t like the idea of ​​a centrally controlled state where the government is all-powerful.

Yet the ideological link between the two schools of thought is undeniable. Marx viewed capitalism as the forced exploitation of workers (proletariat) by capitalists (bourgeoisie). The institution of slavery in America was, by definition, immoral capitalists who stole work on racial lines. CRT builds from there by characterizing US laws and governments as perpetuating racial exploitation.

Neither Marxism nor the CRT blames individuals who have taken advantage of their compatriots because of their economic position or their race. Instead, Marxism and the CRT attack the governing power structures themselves as the essential evil to be tackled. Where Marxism focuses on the economic practice of capitalism, the CRT views American legal institutions and paradigms as inherently racist. Both lead to the bizarre conclusion that class exploitation persists as long as institutions do. The actions and choices of specific individuals are largely irrelevant.

For the Marxist, there is no redemption for a capitalist society. It must finally give way to communism. No number of virtuous entrepreneurs could reverse its destructive nature. CRT suffers from the same defect. If America’s laws, institutions, and standards are irreparably racist, then no incremental positive change is enough.

Where Marx viewed capitalism as inevitably evolving into a classless communist state, critical race theorists see an opportunity to increase “fairness” in society. The Milken Institute for Public Health at George Washington University clarifies the difference between equality and equity: “Equality means that each individual or group of people receives the same resources or opportunities. Equity recognizes that each person has different circumstances and allocates the exact resources and opportunities necessary to achieve an equal result.

Both Marxism and CRT advocate a radical reorganization of American society where equity takes priority over freedom.

CRT is not equivalent to presenting an accurate account of American history. We can and should teach our past soberly and frankly. A whitewashed story is not a story at all. Teach about the international slave trade. Explain the origins of the abolitionist movement. Discuss the practical effects of empowerment for individuals in a society with few economic options. The Tulsa race slaughter, the civil rights era, and even modern developments with voting rights law can and should be discussed in classrooms in an age-appropriate manner.

The story might not be comfortable or clean, but we need to be honest about it and learn from it.

To reject CRT, Marxism or even capitalism is not to reject history. It is choosing our objective to see our past and build our future. We are free people who will not come to the same conclusions about what we want to teach our children. Our governments and our systems have mechanisms to resolve these disagreements civilly, and we should use them. America does not need a class revolution; he needs enough of us to strive for a more perfect union despite our nation’s past sins.

Smith is CEO of the Triptych Foundation, a 501 (c) (3) nonprofit. The Triptych Foundation promotes a virtuous society by investing in media and companies with social impact. He was most recently executive director of the Republican Policy Committee in the US House of Representatives. You can reach him at [email protected].