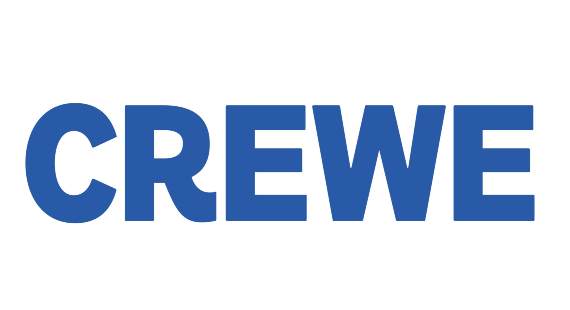 Business cases for two other major projects in Crewe have been approved by the government – a milestone the council said ‘shows confidence in our vision for Crewe’.

Crewe City Council is overseeing work to receive up to £22.9m in funding from the government’s Towns Fund and is planning a package of 10 projects that will support Crewe’s ongoing regeneration.

After approving the business cases for the Flag Lane Baths Community Hub and Crewe Youth Zone projects in June, the government has also approved the ‘pocket parks’ and ‘historic center public realm’ projects.

Doug Kinsman, Chairman of the Crewe Town Board, said: “For us to now have a total of four projects at this stage is hugely exciting and shows confidence in our vision for Crewe.

“It is of course also a huge step towards seeing these projects become a reality and local communities being able to reap the benefits.”

Local communities will be invited to share their views as plans for each of the pocket parks develop, with engagement due to begin next month for the first four parks.

As part of the overall project, local charity The Wishing Well, which provides a variety of services to improve the health and well-being of the local population, is offering to provide a multi-use play area (MUGA) near from Jubilee Gardens to Hightown.

Charles Maines, CEO of The Wishing Well, said: “Our plans for Jubilee Gardens are to provide a safe space for people of all ages to enjoy sports, games and physical activities which in turn improve health and well-being, increase community cohesion and address issues such as social isolation, anti-social behavior and crime.

The History Center public domain project is part of a larger shared archives project for Cheshire between Cheshire East Council and Cheshire West and Chester Council.

The archive project – called ‘Cheshire Archives: A Shared History’ – is supported by the National Lottery Heritage Fund and aims to relocate the collections to two new bespoke history centres.

The centres, one of which is planned on the site of the former Crewe Library, will provide access to the archives for everyone – for information, learning and fun.

There are also plans to carry out a joint project between Cheshire College – South and West and the world’s leading ice cream van manufacturers Whitby Morrison.

It would see the renovation of an ice cream van, which would then be run by students as a stand-alone business.

The ice cream van would be used throughout the city, while having a regular place in public space around the story center.

Helen Nellist, Deputy Principal of Cheshire College – South & West, said: “The partnership between us and Whitby Morrison provides a fantastic opportunity to extend the work experience and training opportunities available to students at Cheshire College and across the country. within the wider community.

“We look forward to the new opportunities this will create for students interested in business innovation and entrepreneurship.”

The Towns Fund plans come on top of a separate project funded by the government’s Future High Streets Fund and executed by Cheshire East Council, which includes clearing the former Crewe Library site to make way for the center of history, and the creation of other public spaces, a new car park and new entrances to the Tribunal d’Instance.

The business cases for the remaining six Towns Fund projects will all be submitted to the government by the end of the summer for its agreement and approval.

Only once a final funding offer has been made by the government – ​​and once other grant processes, approvals and conditions have been met, including planning permission in some cases – that the physical work on the projects can begin.

To find out more, visit the Crewe City Council website.