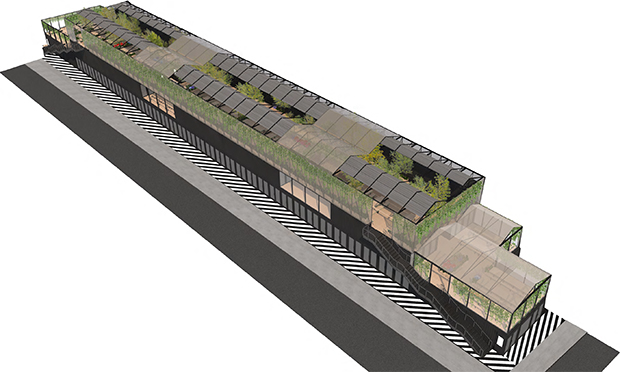 A Shoreditch shopping destination housed in shipping containers has been told it could expand – but must limit any noise that could disturb neighbours.

Boxpark requested permission to add another row of large checkouts with space for shops, bars and restaurants, and more seating.

He expects a 60 percent increase in visitor numbers.

The venue wanted temporary planning permission until May 2023, when the site will be redeveloped into housing, offices and leisure facilities.

The conditions would restrict the volume of any music and introduce rules preventing deliveries before 11 a.m. and glass bottles from being dumped in bins after 11 p.m.

There will also be a dispersal policy to ensure people leave quietly.

He said the permit was short-lived and planners would have to assess whether the increased space would cause damage, while weighing 52 objections from residents.

“It’s a fine balance that has to be struck,” he said.

Town planner Gallina Fomina of Norton Taylor Nunn Ltd, acting for residents living opposite Boxpark, said there were “unresolved noise issues which have been bothering residents for 10 years”.

She said the scale of the development is “unacceptable” and called for an acoustic screen to prevent loud music from disturbing residents.

She added that there were “concerns about the physical and mental health of nearby residents”.

Jonathan Moberly, chairman of the Weavers Neighborhood Safer Neighborhoods Panel and vice-president of the Boundary Estate Residents Association, fears the venue’s capacity may “more than double”.

He said customers left Boxpark after it closed at midnight and continued elsewhere in Shoreditch, describing how some revelers continue the party in the Boundary estate, making life “unbearable”.

He said the noise in Shoreditch was already unacceptable.

Ward Councilor Anya Sizer said 52 residents had raised concerns and she feared “increased use could increase anti-social and criminal behaviour”.

She recently spoke to a family who claimed their mental health suffered from living near the venue.

Boxpark development manager Matthew McMillan said the site generates an annual investment of £20million in the area and the plan aims to provide more seating for customers.

He added: “We are not trying to step up the site but to provide additional seating.”

McMillan said Boxpark addressed noise issues by reinforcing a roof and working on its dispersal policy.

He said the site will use a covered roof if needed.

“We want to be good neighbours,” he added.

He said he was “really upset” to hear what happened on the Boundary estate “but it’s not generated by our venue”.

He proposed adding more conditions to his scatter area to prevent people from crossing the estate.