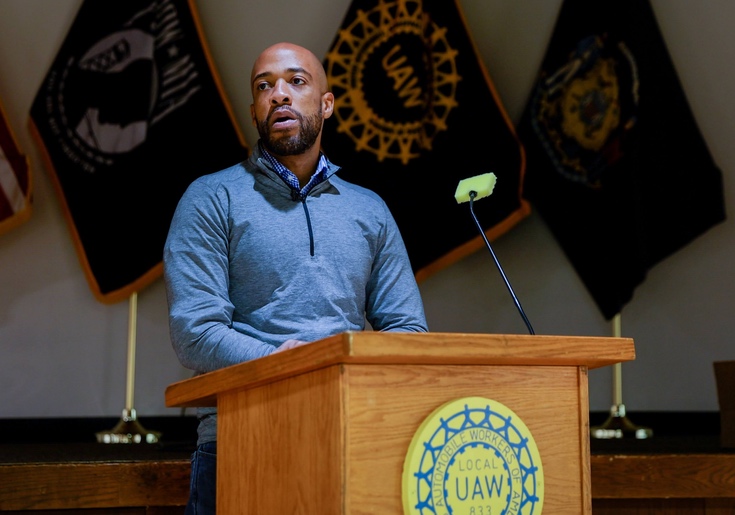 Mandela Barnes, the Democratic candidate for Wisconsin Senate, praised Iran’s supreme leader Ali Khamenei for his support of Black Lives Matter, said he wants to be the Assad regime’s ‘Dennis Rodman’ and used his Twitter account to champion some of the world’s most notorious characters. dictators and repressive regimes.

“The issue of US government oppression against black people is a 100 year old issue,” Khamenei wrote, adding the hashtag #BlackLivesMatter.

Barnes “liked” Khamenei’s post on Twitter and replied to the Iranian leader: “The first tweet of 2015 from @khamenei_ir is #Black Lives Matter. Let it sink in. May this year be the most wonderful for you and yours.

Barnes’ social media posts could raise questions about the candidate’s willingness to align himself with anti-American and anti-democratic leaders. The news comes as Barnes, Wisconsin’s lieutenant governor and former state legislator, has come under fire for his repeated appearances on RT, a Russian state-run news network that the US State Department has described as “propaganda support for the Kremlin’s foreign policy goals”. “

Barnes also wrote several articles opposing any US effort to overthrow Syrian President Bashar al-Assad in 2013, as the embattled dictator massacred his own people and used chemical weapons.

“I would like to shoot a Rodman next. I should have jumped that fence to Syria when I had the chance,” wrote Barnes on April 9, 2013, weeks after the Assad regime carried out a deadly sarin gas attack on its opposition.

He also has opposite US efforts to aid the Syrian opposition after Assad’s use of chemical weapons.

“Seeing school administrators pleading for more state aid, but seeing that our country is able to send weapons to Syria makes me more anti-war,” Barnes wrote in June 2013.

After the Obama administration opened diplomatic relations with Cuba in 2014, Barnes wrote that he wanted to work at the “embassy in Cuba” and asked “where to apply for such an opportunity?”

Barnes also appeared to criticize the removal of Iraqi dictator Saddam Hussein, writing in 2016 that “when you drop cookies, you get crumbs everywhere. Then you have to get a vacuum cleaner, and that’s what happened when we kicked out Saddam.”

Barnes previously joked that his father almost named him “Muammar”, an apparent reference to the late Libyan dictator Muammar Gaddafi.

“My father told me a few years ago, he said I was ‘lucky to have been born when I was born’. If I had been born five years earlier, my name would have been Muammar” , Barnes said during a civil rights roundtable in 2015.

“Not only did Moscow Mandela Barnes go six times on Russian propaganda television to disparage American law enforcement, but he also got close to horrible dictators and communist groups around the world,” the carrier said. word of Johnson, Mike Marinella. “His extreme positions are bad for Wisconsin and would make our state less prosperous and less free.”

The Surveillance Society and the Life of a Pastor