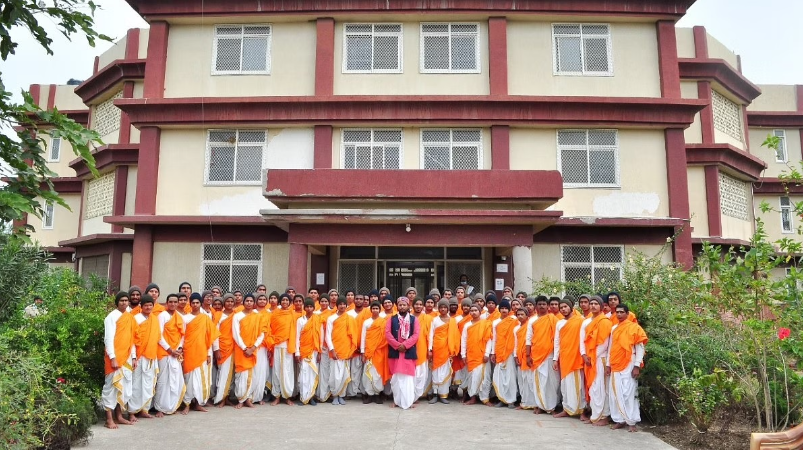 In a shocking development in the controversy surrounding the ‘Vedic guidance’, the All India Council for Technical Education (AICTE) has reportedly failed to review the Maharshi Sandipani Rashtriya Veda Sanskrit Shiksha Board (MSRVSSB) curriculum set up by the Veda Bhushan and Veda Vibhushan certifications offered by the Maharshi Sandipani Rashtriya Ved Vidya Pratishthan (MSRVVP) before granting it equivalence with standard 10 and 12 certificates issued by other national educational commissions.

This is important because the results of the Council examinations play a crucial role in determining the courses and subsequently the careers a student can pursue. Competition for admission to prestigious colleges, especially those offering medical and engineering degrees, is fierce to say the least. And even though the Vedic councils insist that their curriculum represents blended learning, important questions cannot be ignored about how such an education can prepare students to pursue careers where most, if not all of the curriculum is rooted in Western science and mathematics.

According to the MSRVVP website (https://msrvvp.ac.in/modal.html), written exams are held for students of this Vedic council in four subjects – Sanskrit, English, Mathematics and Social Studies. The Vedas are taught via traditional methods of oral learning. The website does not mention any subject such as physics, chemistry or biology. Therefore, the revelation that AICTE has not even bothered to go through the Council’s program is shocking!

According The Telegraph, two Education Ministry officials had separately confirmed to the publication that the Vedic Council curriculum had not been reviewed by AICTE before granting equivalency to the certificates. Both officials reportedly tried to downplay the seriousness of such an oversight, with one attempting to justify it by saying, “Colleges admit students based on their own selection standards. They will see if the students meet their expectations.

Readers will recall that Patanjali, a group led by Baba Ramdev producing Ayurvedic and other products, first lobbied for a council to oversee Vedic education in India. In 2019, the Ministry of Human Resource Development endorsed Patanjali’s proposal and a Bharatiya Shiksha Board (BSB) was established. According to the BSB website (https://bsb.org.in/gs_members_and_executive_board.php), while Ramdev is Chairman of the Board and Chairman of the Governance Corporation.

BSB aims “to equip (students) with scientific and analytical perspectives so that the modern scientific thought contained in the Vedas, especially the disciplines of mathematics, astronomy, meteorology, chemistry, hydraulics, etc., may be related to modern science and technology, and an establishment of rapport between them and modern scholars”, and “to undertake research in the interest of the advancement of scientific knowledge in the texts and the literature of the Vedas from the earliest times of the Vedic period to the present day, including the fields of science, agriculture, technology, philosophy, yoga, education, poetics, grammar, linguistics and Vedic tradition, and to provide library, research equipment, research facilities supporting staff and other technical personnel.

BSB states that the purpose of establishing the Council is the “standardization, management, affiliation, recognition, certification, authentication, programs and ‘field’ programs of education in the country up to at Pre-Graduation/Upper Secondary or 5+3+ Model 3+4 level as per NEP-2020. It further explains: “‘Field’ means a system of education which includes traditional Indian knowledge such as Vedic education, Sanskrit education, Shastas and Darshanas education, Bharatiya art, Bharatiya Parampara and Sanskrit education etc. transmitted by Gurukulas, Veda Pathashala, Gurushishya Parampara or any other educational system having its fundamental value in education Veda with or without modern education which must conform to the National Curriculum Framework.

BSB proudly displays the equivalency certificate granted to it by the Association of Indian Universities (AIU) on its website. It can be seen here:

Meanwhile, it should be noted that the Maharshi Sandipani Rashtriya Ved Vidya Pratishthan (MSRVVP), Ujjain is an autonomous organization under the Ministry of Education, Government of India. He set up the Maharshi Sandipani Rashtriya Veda Sanskrit Shiksha Board (MSRVSSB). This board offers the Veda Bhushan certificate which is now (following the AICTE circular) considered equivalent to a Class 10 certificate issued by other central and state boards of education, while the Veda Vibhushan should be considered equivalent to standard 12 certificate.

According to AICTE, the Department of School Education and Literacy under the Ministry of Education, Government of India, in consultation with NCERT, approved the various regulations and statutory requirements of the MSRVSSB and recognized it for school. Education.

On September 13, AICTE had issued a circular to all Vice-Chancellors of Technical Universities and all Principals/Heads of AICTE-approved institutions to accept Veda Bhushan and Veda Vibhushan as equivalent of Standard 10 and 12 certificates respectively .

A copy of the circular can be read here:

This was after the Association of Indian Universities (AIU) said the MSRVSSB would operate as an ordinary school board in India, via a letter dated August 3.

Concerns about the “saffronization” of education

As SabrangIndia previously reported, academics have expressed concern over the alleged attempt to “saffronize” education in India. In 2020, the Central Board for Secondary Education (CBSE) made headlines for “modifying” its class 12 history curriculum. The CBSE dropped the chapter titled “The Mughal Court: Reconstructing Histories Through Chronicles”. The next thing that made headlines was the decision by the Ministry of Human Resource Development (MHRD) to remove the chapters on “Federalism, Citizenship, Nationalism and Secularism” from the political science curriculum for class 11 A section on demonetization was also reportedly removed. . However, as the news was followed by much debate, these “deleted” topics were restored in the 2021-22 academic session. The education board had claimed the changes were aimed at easing the ‘burden’ of students as the Covid-19 pandemic raged.

According to a detailed report by First line, the deletions were for specific chapters on federalism, citizenship, nationalism, and secularism that were “completely deleted” from the class 11 political science curriculum. Other deletions included “business ethics, the Commission planning and five-year plans, demonetization, goods and services tax (GST)” and “Indian democracy, social structure, stratification and social processes have been removed from sociology”. The publication also reported that “whole chapters on primitive societies, nomadic cultures and the confrontation of cultures have been deleted from the History of the World”, and that “parts on peasants, zamindars and the state and understanding of the score” had been deleted, as were questions “relating to gender, caste and social movements.

All the while, it should be noted that madrasas, which also claim to offer blended learning, i.e. students learn modern subjects such as science and math alongside traditional and religious teachings, have been repeatedly criticized for not being able to produce students who can compete with their counterparts in other national and state boards.

In fact, this alleged lack of modern subjects in the madrasa curriculum was one of the main reasons why at least two state governments – Assam and Uttar Pradesh – took a series of actions to examine each aspect of madrasas – from their funding to the imams who teach there.

Assam Chief Minister Himanta Biswa Sarma has announced that the state government is developing a standard operating procedure (SOP) to monitor the entry of imams from outside Assam in the state. He said a government portal is being developed for these imams to register when they come to Assam. He also clarified that such registration was not compulsory for local imams. The August 22 announcement follows the arrest of nearly 30 people including at least three imams who taught at madrasas in the state. A few madrasas were also demolished for allegedly having links with terrorist organizations, although in the case of the madrasa which was allegedly demolished by villagers from Kabaitary, the official reason given was that the structure was not solid and therefore dangerous. for students.

Meanwhile, a survey of madrasas is underway in Uttar Pradesh. The investigation, which began on September 19, is scheduled to end on October 15 and aims to verify the following information:

2. Name of organization running the madrasa

5. Details of adequacy of madrasa premises, availability of resources and structural integrity of the madrasa building

10. If students have been enrolled in additional schools

11. If a non-governmental organization is linked to the madrasa

UP has 16,500 accredited madrasas, of which 558 are aided and 7,442 offer modern education. The total number of students in these madrasas is over 19 lakhs.