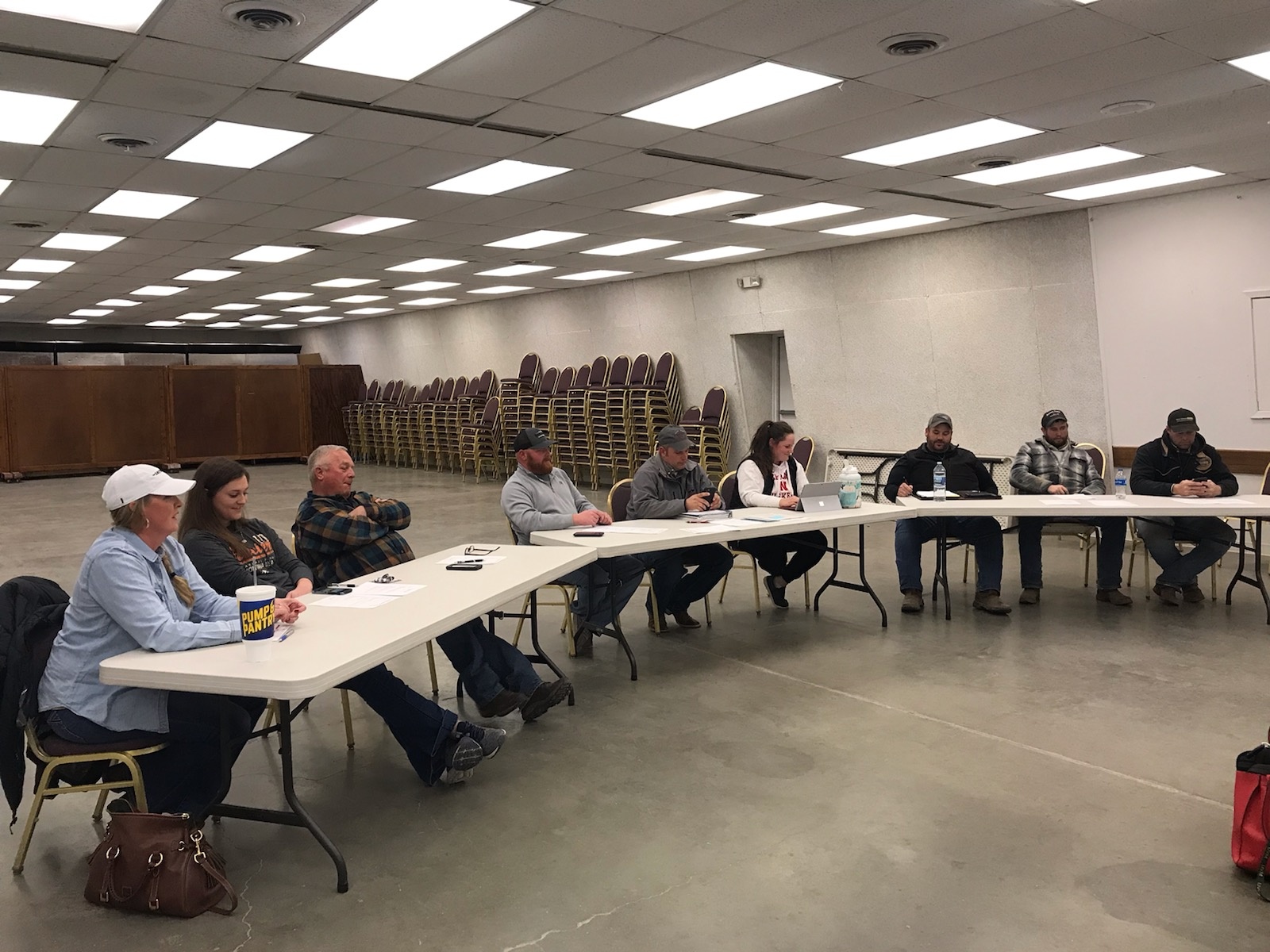 CUSTER COUNTY–Although the annual Winter Ball was held just a few weeks ago, the Custer County Fair and United States Rodeo will be back before we know it. The Custer County Ag Society (fair board) held its monthly meeting Feb. 10 at the fairground to discuss the events and projects taking place this year.

The council discussed several items regarding this year’s county fair which will be held from July 29 to August 4. Michelle Nelson said she had already received calls for RV sites during the fair; the selection will open on the first Saturday of May. The board discussed making changes to vendor booths and displays under the stands due to a lack of traffic.

A motion was approved to change the exit time of the fair for horses from Thursday morning to Wednesday at 5 p.m. on county fair week.

This year’s fairground concert will take place on Saturday, July 30 at 8 p.m., following the parade at 6 p.m. The board has decided to “think big” in booking entertainment. Michelle Nelson has been given permission to book an artist who costs around $30,000 instead of $15,000 in the hopes that a Saturday night concert will attract a larger crowd and additional sponsorships.

A great conversation regarding the Mid-States Rodeo Finals, to be held at the Custer County Fairgrounds Sept. 17-19, took place with representatives from the organization. The event has been successfully held in Broken Bow for the past few years, but the fair’s board suffered a loss of $6,000 last year. The board talked about making some changes to the weekend and “cutting down on the frills” in order to keep the event running while breaking even financially. The board agreed that the event attracts a lot of people and money to the area. Offers for 2023-2024 must be submitted mid-year.

The recent state audit went well according to Nelson. The conversation was about a lawn mower and checks from 2011 that haven’t been cashed. The council discussed the costs versus the benefits of pursuing penalties and interest that the fair council paid to the IRS and the Department of Revenue following local accountant issues.

The board paid $8,636.18 in penalties and interest. The suggestion from the auditors is to find a lawyer to pursue the issues and/or seek reimbursement of accounting fees. Some council members felt it wasn’t worth hiring lawyers, but ratepayers inquired about the situation, according to chairman Kent Nelson. Administrator Michelle Nelson will continue to review the situation.

The board also discussed improving the Wi-Fi on the fairgrounds and replacing the grandstand and barn garage doors for approximately $9,666. The beef weigh-in took place earlier in February.