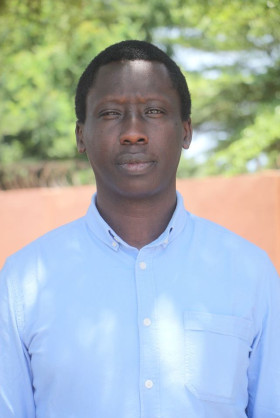 As oil giant TotalEnergies held a high-pressure general meeting last week (https://bit.ly/3z6AUrh), climate activists and civil society groups in Paris and across the African continent stepped up against the dangerous and destructive projects of the seventh world. oil company that continue to disrupt the lives and livelihoods of vulnerable populations while increasing carbon emissions. Internally, 10 institutional shareholders have clearly come out against the greening plan that the group had submitted for consultation with its shareholders. The GA coincided with the publication of an analysis by Oil Change International (https://bit.ly/3lYDOqx) which revealed that the climate plans of the eight oil and gas companies including TotalEnergies are largely insufficient to meet climate objectives from Paris. These majors are involved in more than 200 expansion projects awaiting approval from 2022 to 2025, which is equivalent to the lifetime emissions of 77 new coal plants.

The same meeting also coincided with Africa Week. For 2022, African civil society, local communities concerned by TotalEnergies’ projects and impacts as well as artists are mobilizing to denounce and denounce the oil giant’s insatiable appetite, in particular its controversial project in the heart of the Great Lakes region, East African crude oil pipeline.

In Goma (Democratic Republic of Congo), Jinja (Uganda), Dar-es-Salaam (Tanzania) and Nairobi (Kenya), the message is the same: the longest heated pipeline ever built on the continent must never see the light of day daytime. This mega project of 1.443 km is expected to emit 34 million tonnes of CO2 per year, equivalent to 6 times the current emissions of Uganda. It is a real nightmare, not only for the communities directly concerned (https://bit.ly/3z5XPmJ) but also for their daily activities, the rich fauna and flora ecosystems of the territories crossed by the pipeline, as well as for the basins Lake Victoria, Africa’s largest lake, which directly supports the livelihoods of over 40 million people in the region.

While many voices are rising loud and clear from Uganda (https://bit.ly/3t4sT2B) and Tanzania, the main countries concerned, but also on the continent and around the world to to oppose this climate bomb, Pan-African and environmental civil society groups have decided to mark Africa Day with a clear call: real climate justice demands an immediate and non-negotiable halt to a disastrous project and destructor such as EACOP. After all, this project is not just an East African affair. These impacts will surely first affect local populations, but their magnitude will be global. This comes at a time when renowned scientific institutions such as the IPCC (https://bit.ly/3wYbPgP) and the International Energy Agency (https://bit.ly/3Gvqcwd) are constantly sound the alarm on the urgency to immediately halt any new fossil fuel projects.

Why is TotalEnergies so unpopular on the continent and beyond?

If TotalEnergies is so contested today, it is because of its multiple crises and shortcomings committed over the decades and long tolerated or unpunished. However, such an attitude and practice has become downright unacceptable. For many Africans, the French multinational is surfing on the France-Africa heritage to conquer new markets in the east and south of the continent.

Historically present in North, West and Central Africa, TotalEnergies was born following the absorption of Elf-Aquitaine, a French company shaken by a political and financial scandal tinged with shenanigans, corruption and parallel diplomacy in the middle of the 1990s. In his book What is Total the sum of?, (https://bit.ly/3GvmNgY) Alain Deneault accused the ancestors of TotalEnergies of being involved, among other things, in arms trafficking, forced labor, complicity in crimes, corruption, drug trafficking. influence and tax evasion. Today, few are aware that its growing annual profit comes at the cost of countless human casualties, unprecedented ecological destruction, and strong support for reputedly authoritarian or corrupt regimes that have eclipsed needs and priorities. of their peoples. This was particularly the case in Congo-Brazzaville, Gabon, and today in Uganda and Tanzania.

The other big criticism of the French giant is its lies and its crude greenwashing strategies. Scientific research (https://bit.ly/3wYRzdM) published last October showed how the oil company understood climate science before it became a public issue and spent millions promoting misinformation. fuels since 1971 and actively engaged in a sophisticated climate science denial campaign. Instead of publicly acknowledging the impacts of its operations and induced emissions on climate change, the company concealed the truth, funded misinformation, lied to its shareholders and the public, portraying itself as a global leader in the energy transition

When it comes to greenwashing, TotalEnergies seems to have become an expert. Anxious to preserve its brand and make people forget the climate impact of its oil and gas activities, the company specifies, for example, that the greenhouse gas emissions generated by the EACOP project are estimated at 0.8 million tonnes of C02 (https://bit.ly/3N1cgg5) annually. An extreme underestimate that does not take into account scope 3 emissions, by far the largest, which when added together lead to the well-known figure of 34.3 million tons of C02 per year. Worse, the oil giant argues that this project is compatible with the 1.5 degree Celsius scenario and that only 18,000 people affected by the project are affected by the land acquisition program and that they will have a main residence. The sad reality is that TotalEnergies is actively pursuing 22 oil and gas projects around the world and more than 100,000 people in Uganda alone are deprived of free use of their land and are still awaiting fair compensation. The list of lies, half-truths and manipulation of numbers can go on and on.

EACOP: the drop that broke the camel’s back

By resolutely accelerating the Tilenga and EACOP projects despite multiple warnings and oppositions, TotalEnergies has clearly crossed the red line. Gone are the days when its bosses met heads of state and ministers in capitals and signed opaque contracts without any form of consultation, transparency and accountability to the residents directly affected. Today, times have changed. Not only are communities fiercely opposed to fossil fuel projects, but citizen vigilance and global solidarity are more acute than before. Information circulates despite attempts at misinformation, oppressed peoples raise their voices. What is done in Paris or Kampala is reported around the world in real time. If the French multinational persists in favoring the exploitation of fossil fuels to the detriment of human rights and the environment as it has done in the past, it must now know that African and world public opinion is more than ever vigilant. TotalEnergies must know that we will not let its profits come before our survival, our lands, our livelihoods and our future. Another proof that the multinational is off to a bad start with this project: 20 financial institutions (https://bit.ly/3t46dzl) previously approached to finance the mega-pipeline have changed their decision. The level of ecological requirements of its own shareholders is now higher than in previous years, despite the war in Ukraine and the energy shock it caused.

Distributed by APO Group on behalf of 350.org.

This press release was issued by APO. Content is not vetted by the African Business editorial team and none of the content has been checked or validated by our editorial teams, proofreaders or fact checkers. The issuer is solely responsible for the content of this announcement.