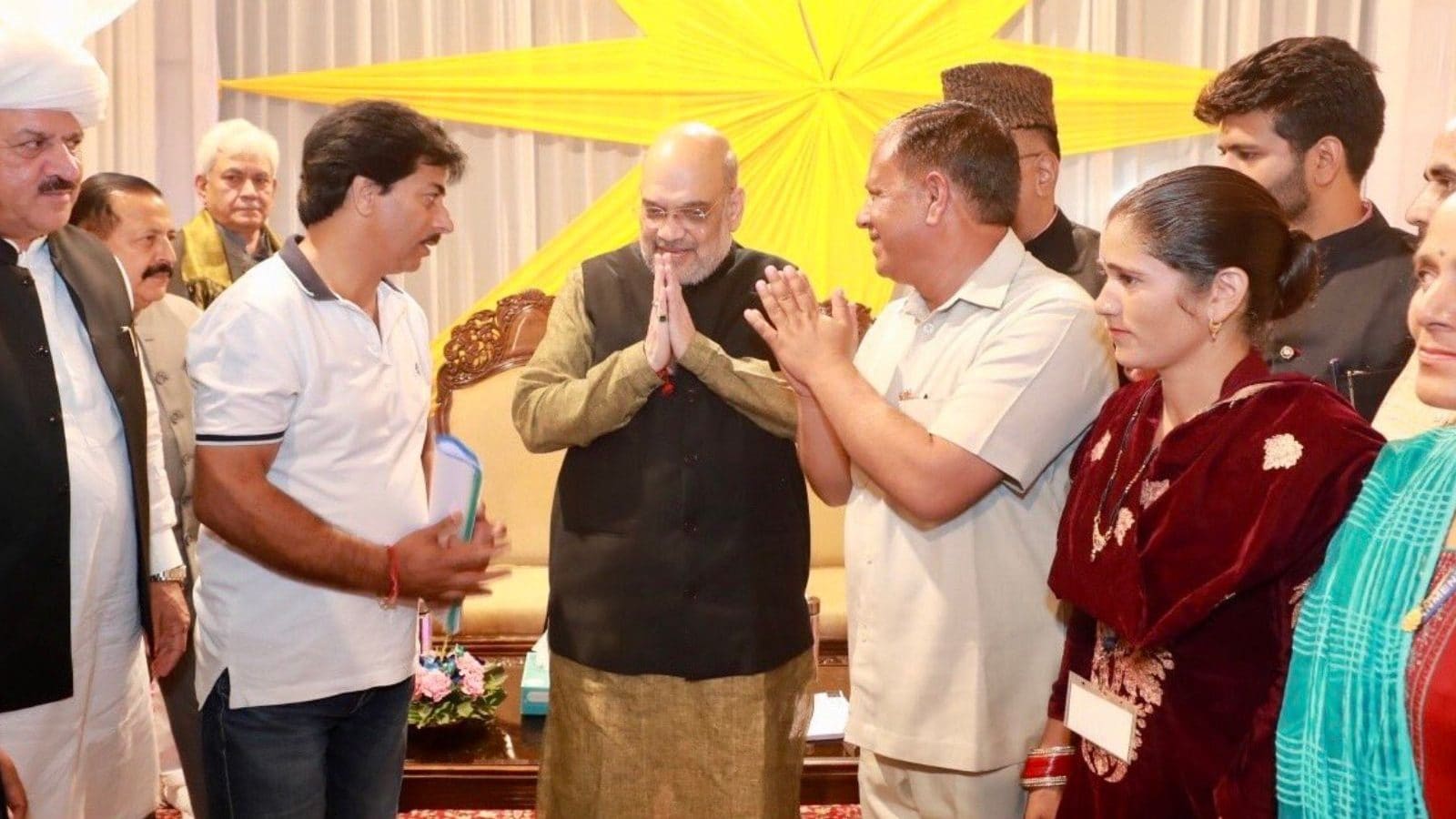 A look at the community; Why Gujjars, Bakerwals protest

Paharis in Jammu and Kashmir expect Home Minister Amit Shah to announce Scheduled Tribe (ST) status to the community during his rallies in Rajouri and Baramulla on Tuesday and Wednesday. However, others such as Bakerwals and Gujjars expressed anguish over the expected move, with many members of both communities protesting during Shah’s visit.

While the Gujjars are unhappy, the Paharis already seem to be celebrating. Khafil ul Rehman, a senior National Conference (NC) leader and former MP, called on his supporters to join the rally in Baramulla on Wednesday.

Let’s see why other communities are protesting, and what benefit ST status would bring to the Pahari community, and the impact on the elections.

Who are the Pahari?

J&K’s Paharis are mainly concentrated in Rajouri and Poonch and parts of Baramulla and Kupwara. They are of mixed faiths and have their own social stratification with a well-defined caste structure. They are Syed, Maharajas, Rajputs and are mainly engaged in agriculture and animal husbandry.

They speak the Pothwari language, a Punjabi dialect also spoken in the Hindko region including Rajouri, Poonch and Kashmir. The majority of Paharis live in rural areas and make up nearly 20% of J&K’s population.

What will ST status mean to them?

Amit Shah said in Jammu last year: “Elected members of the Pahari community can now become ministers and chief ministers of Jammu and Kashmir which was previously impossible due to dynastic politics.”

Even BJP J&K leader Ravinder Raina said in a meeting later that “Prime Minister Modi will now solve the problems of the Pahari community. Soon, the BJP will grant ST status to the Paharis, which is their real demand.

The Paharis have been claiming ST status for 30 years, and it’s in 2021 that they could gain momentum.

Thus, the Boundary Commission, formed under the Jammu and Kashmir Reorganization Act 2019, for the first time reserved nine seats in the assembly for ST.

The BJP, which won the District Development Council elections in 2021, has been eyeing the Pir Panjal region which will determine the new J&K government.

In Pir Panjal region, the Gujjar-Bakerwal community is about 12 lakh people, all others are Paharis based on their language.

The SC label given to the Pahari community will also pit them against the Gujjars and Bakerwals, the traditional herders who gained status in 1991. The STs have a 10% reservation in J&K jobs and educational institutions.

Why are other communities protesting?

Hundreds of students from Gujjar and Bakerwal communities staged a protest march in Jammu against the inclusion of Paharis in the ST category. Members of these two communities also protested in Shopian district, south Kashmir, and threatened to escalate their unrest if the Paharis were granted ST status.

Gujjars and Bakerwals form the third largest ethnic group in J&K after Kashmiris and Dogras.

Paharis argued that they should be given ST label like Bakerwals and Gujjars because they live in harsh terrains of Pir Panjal region, Baramulla and Anantnag districts. While the other two communities believe that the Paharis are not an ethnic group but a group of different religions and linguistic communities.

Leaders such as Mushtaq Bukhari, a senior Rajouri National Conference official, Mohammad Ehsan of the People’s Democratic Party and several others resigned to support only the BJP on the issue of granting ST status to the Paharis.

PDP chairman and former chief minister Mehbooba Mufti on Sunday accused the BJP of “driving a wedge” between Paharis and Gujjars, and warned them to be vigilant.

“There has been a lot of tension in the Pir Panjal region for a few days since we have been talking about reservations to the Pahari community. Brothers have been turned into enemies and they are crying out for each other’s blood…I call on the Gujjar, Bakerwal and Pahari communities to stop fighting each other,” Mufti told reporters.